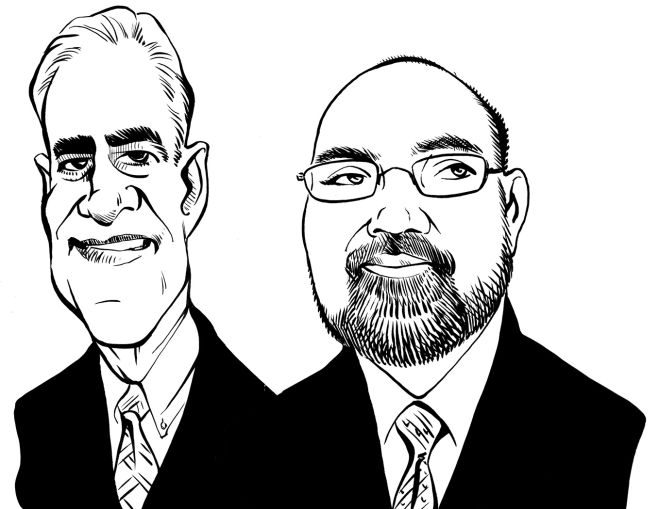 Chicago, America’s third-largest office market with over 470 million square feet, exemplifies the nationwide trend of companies relocating to urban areas from the suburbs as young people and knowledge workers congregate in city centers. The Windy City is the largest in the Midwest and differs from its smaller neighbors with its vibrant central core, strong public transportation network and amenities that are attractive to younger residents. Despite population losses in the metro area, downtown Chicago gained over 42,000 residents between 2010 and 2015, according to the U.S. Census Bureau. Some of these gains, however, have come at the expense of its suburban neighbors. In fact, the city reports stable office vacancy of around 13 percent since 2015, but vacancy in the suburbs is much higher.

Beam Suntory, one of the world’s largest spirits producers, and Sara Lee Corp. have traded in their suburban offices for downtown Chicago, and McDonald’s and Motorola Solutions are following suit with planned moves in the next year. The biggest blow outside of the city was dealt to the Schaumburg area, which saw AT&T surrender 1.3 million square feet. The former AT&T campus in Hoffman Estates is a real estate-owned asset of two CMBS trusts, MSC 2006-T21 and BSC 2006-PW11, with a forecast loss of over $70 million. Average vacancy in the Schaumburg area was 21.1 percent as of November, according to CoStar Group. The only major gain for the suburbs in this time was when Caterpillar, which spent over 100 years in downstate Peoria, Ill., moved its operations north to suburban Deerfield in early 2017.

In the other large suburban office markets, Central North and Western East/West Corridor, the average vacancy rate is nearly 16 percent, up from a pre-crisis low of 9.2 percent, with high four- and five-star sublease availability of more than 25 percent between the two. In addition to ConAgra, a number of companies either moved their headquarters or relocated a significant portion of their work force from the Central North submarket to Chicago, including Walgreens, Allstate and Sterling Partners.

In addition, since 2009, many companies have relocated to Chicago from out of state, bringing thousands of jobs and increasing the demand for office space. These include ConAgra Brands, a packaged-food giant that moved its headquarters from Omaha, Neb., in 2016, and the Kraft Heinz Co., which shuttered the Madison, Wis., headquarters of its Oscar Mayer division and established a co-headquarters arrangement between Pittsburgh and Chicago.

Rising demand has led to an increase in office construction in the city. Developers delivered two office towers of over 1 million square feet each in early 2017, River Point and 150 N. Riverside Plaza, and the John Buck Co. is building an 820,000-square-foot office tower for CNA Financial. With its size, Chicago is unique for the region in that the addition of two 1-million-square-foot office towers will have a relatively modest effect on vacancy and rent. In fact, CoStar forecasts a vacancy rate of 13 percent for 2019 for the metro area, 100 basis points lower than at the start of 2017. .

The West Loop could be the greatest beneficiary of growth in downtown Chicago. With technology employers including Google, Gogo and Glassdoor taking space in the area and the nearby Fulton Market’s transformation from a meatpacking district to a restaurant mecca, millennials have made the West Loop one of Chicago’s trendiest neighborhoods.

Morningstar believes that Chicago’s ongoing migration of younger residents to the central core will continue to attract employers to the area. While there will still be a need for suburban office space, the lack of construction in those areas and weaker access to public transit may dampen growth. Consequently, we expect growth in these areas to be more modest.