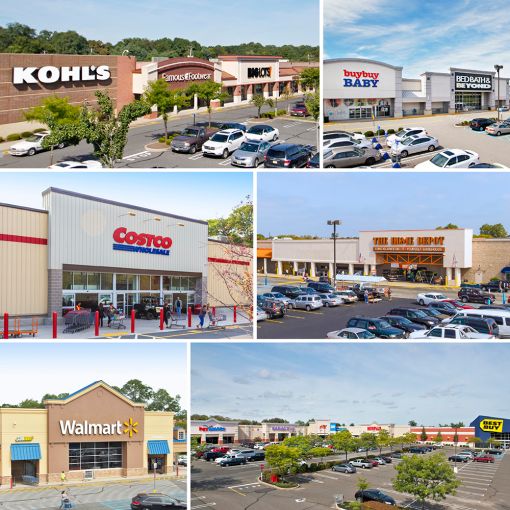 A selection of the malls securing the refinancing. Image: HFF

In case you had the retail apocalypse penciled in to your Friday-night plans this evening, better think about pushing the date to next week.

Urban Edge Properties, a New York-based mall operator with shopping centers in 12 states and in Puerto Rico, announced late Friday afternoon that it had secured $663 million in refinancing on a portfolio of 15 retail properties and one industrial asset in New York and New Jersey, according to HFF, which negotiated the financing.

The sixteen separate loans, provided by two CMBS lenders, three life-insurance companies and one bank, follow a variety of structures. Fourteen carry a fixed interest rate and two a floating rate, with terms ranging from seven to 13 years. Fourteen New Jersey shopping centers and one mall in New York, mostly anchored by grocery stores and wholesale clubs, and a multi-tenant warehouse property in East Hanover, N.J., secure the debt.

“This retail financing proves that the capital markets remain highly liquid for assets in dense markets operated by best-in-class sponsorship,” Scott Aiese, an HFF managing director, said in a statement. “As lenders remain focused on diversifying their portfolios by asset type and geography, HFF experienced significant interest in the 15 retail term loan opportunities.”

According to the statement from HFF, proceeds from the loans will be used to refinance existing CMBS debt and reorganizing Urban Edge’s cash-flow schedule.

The retail centers are over 98 percent leased, to tenants including ShopRite, Walmart, Home Depot and Costco.

Representatives from HFF and Urban Edge did not immediately respond to requests for comment.