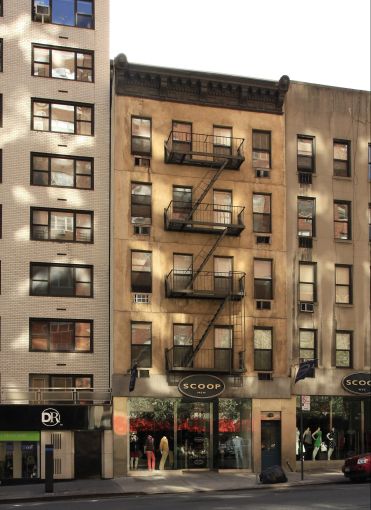 Footwear retailer The Shoe Box will maintain a presence on the Upper East Side after agreeing a lease for a new 3,600-square-foot location at 1277 Third Avenue, Commercial Observer has learned.

The family-owned company has inked a 15-year lease with an option for an additional five-year term at the base of the five-story mixed-use multifamily building between East 73rd and East 74th Streets. The space consists of 1,800 square feet of ground-floor retail space and 1,800 square feet of basement-level storage, sources with knowledge of the deal said.

The Shoe Box will be moving and expanding from its current Upper East Side location four blocks north at 1349 Third Avenue, where it has had around 1,200 square feet of ground-floor selling space. The retailer expects to move into the location at 1277 Third Avenue, which was formerly occupied by apparel store Scoop NYC, sometime this month.

Asking rent in the deal was $186 per square foot, sources said.

“We saw an opportunity for a welcome expansion only a few blocks from their [previous] store, and we ran with it,” Lee & Associates NYC’s Gregory Tannor, who represented The Shoe Box alongside colleague Corey Horowitz, said in a statement.

Allan Glasser of Glasser Realty, who represented landlord Peter Franco in the transaction, did not immediately return a request for comment.

In addition to the Upper East Side location, The Shoe Box has stores in Murray Hill and the Flatiron District, as well as on Long Island and in Florida, California, Georgia, North Carolina and Virginia. The business, owned by the Kirsch family, opened its first location in Plainview, N.Y., in the 1950s.