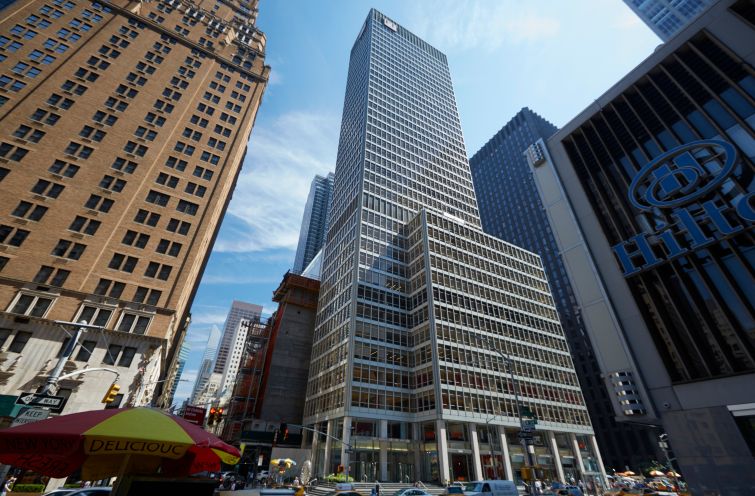 Economic research firm Cornerstone Macro is relocating its offices within Midtown after agreeing to take 16,300 square feet at RXR Realty’s 1330 Avenue of the Americas, Commercial Observer has learned.

The company agreed late last week to a 10-year lease for the entire fifth floor at the 40-story, roughly 526,000-square-foot office building between West 53rd and West 54th Streets, according to sources with knowledge of the transaction. Cornerstone Macro is expected to move from its current location at nearby 650 Fifth Avenue, where it occupies nearly 11,000 square feet, in the summer of 2018.

Asking rent in the deal was in the high $70s per square foot, sources said. The tenant was represented in the transaction by Garett Varricchio and Jessica Tenenbaum of MHP Real Estate Services, while RXR’s Alexandra Budd represented the landlord in-house alongside Cushman & Wakefield’s Peter Trivelas.

“Cornerstone Macro wanted to align themselves with an excellent and reputable landlord, and they were able to achieve that through this transaction with RXR,” Varricchio told CO.

The same cannot be said for the reputation of Cornerstone Macro’s current landlord at 650 Fifth Avenue, the Alavi Foundation, which is notorious for its connections with the Iranian government. In June, a federal district court jury ruled that the U.S. government could seize the 36-story office tower after it was determined that the nonprofit foundation, which owns a 60 percent stake in the property, violated U.S. sanctions against Iran via its partnership with Assa Corp. Assa functioned as a front for an Iranian state-controlled bank that owned the remaining 40 percent of 650 Fifth Avenue, until a federal judge ruled in 2013 that the government could seize Assa’s share.

But Varricchio said that Cornerstone Macro’s move to 1330 Avenue of the Americas was more motivated by the tenant’s desire to stay in Midtown—as well as the “boutique nature of the building,” given its relatively smaller floor plates compared to most of the surrounding Class A office stock.

An RXR spokeswoman confirmed the deal but declined further comment. Representatives for Cushman & Wakefield did not immediately provide comment.