Trump's pick represents continuity, but how will he respond in crisis? 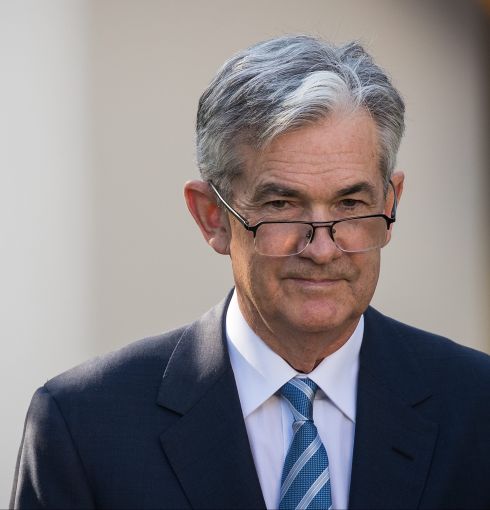 Ever since then-presidential candidate Donald Trump accused the Federal Reserve Bank and its chair, Janet Yellen, of bowing to political pressure to keep interest rates low in 2016, Wall Street forecasters have faced a whirl of uncertainty.

Yellen, who has presided over a gradual return to monetary normalcy in the wake of the Great Recession, will reach the end of her term in January, four years after former President Barack Obama appointed her.

Her fate was fodder for anxious speculation. Would Trump renominate her? Whom might he choose to succeed her? Would melodramatic midnight tweets from the East Wing roil financial markets in advance of the decision?

In light of that uncertainty, monetary policy experts were relieved by the president’s nomination of Jerome Powell this month, whom Obama nominated to the bank’s board of governors in 2011. A lawyer who has worked at investment banks and the Treasury Department, Powell would be the first non-economist to lead the Fed since G. William Miller, an appointee of Jimmy Carter who performed so poorly that he was replaced within two years on the job.

Even so, Fed-watchers are cautiously optimistic.

“I’m as shocked as anyone at the level of decorum [Trump] displayed [in choosing a nominee],” said Kenneth Kuttner, the chair of the economics department at Williams College and an expert in monetary policy. “He didn’t do these goofy things of kind of teasing people [before revealing his nomination].”

“I have to believe that [White House Economics Council Chair Gary] Cohn and [Treasury Secretary Steven] Mnuchin talked some sense into him,” Kuttner added. “‘Donald: You don’t want to mess with this stuff!’ ”

In his public comments since joining the bank, Powell has presented himself as an advocate for continuity. In a speech in June to the Economic Club of New York, Powell spoke of his commitment to gradually unwinding the Fed��s post-crisis policy response.

“The Fed has been patient in raising rates, and that patience has paid dividends,” he said at the time. “If the economy performs about as expected, I would view it as appropriate to continue to gradually raise rates.”

That vision of policy stability appeals to Kuttner. “I haven’t read anything in his speeches that would indicate he was anything less than a straight shooter,” the professor said.

But experts are more concerned with how little they know about Powell’s view of the appropriate role of monetary policy during an economic meltdown.

“If there’s another crisis, I worry he may not be as capable of handling unfamiliar situations,” said Scott Sumner, the director of the monetary policy program at George Mason University’s Mercatus Center and the author of an economic study of the Great Depression. “I’m not saying that because he’s a non-economist—economists screw up all the time. But economists have a perspective on monetary policy that is overlooked by non-economists.”

A More Proactive Central Bank
Lessons from the Great Recession nine years ago illustrate how monetary expertise can be crucial to righting a troubled economy, Sumner said. Ben Bernanke, Yellen’s predecessor, was perhaps uniquely well suited to marshal U.S. monetary policy during that crisis, two years after President George W. Bush nominated him to the post in 2005. As a professor at Princeton University, Bernanke had grown to prominence among economists as a scholar of the Great Depression and Japan’s financial crisis in the early 1990s.

In his work on Japan in particular, Bernanke provided a clear guide to his thinking as to how central banks should act during financial crises, advocating for aggressive and unambiguous steps to counter credit freezes tied to declines in growth. A more traditional view of monetary policy postulates that once baseline interest rates are near zero, it could be risky or even impossible for a central bank to encourage substantive economic expansion—as opposed to just inflation.

Scholars in Bernanke’s camp took a different view, suggesting that through other avenues—like quantitative easing or ironclad commitments to inflation targets—the Bank of Japan could have done more to push the economy back toward its growth trend.

“Bernanke was very radical in what he encouraged the Bank of Japan to do,” Kuttner said. “He proposed targeting bond pricing, setting a numerical target for the 10-year [government bond.]”

Such a target would represent the bank’s commitment, in essence, to creating whatever amount of currency was required to bring down market interest rates. Even if material economic growth did not follow immediately, some measure of inflation surely would—expanding if nothing else the nominal tally of economic activity.

Nominal gross domestic product accounting is the crucial variable that central bankers ought to study to shepherd the economy through recessions, Sumner believes. In his opinion, Bernanke’s ideas about Japan, and his moves as Fed chairman to purchase troubled mortgage bonds onto the Fed’s balance sheet, represented an important mainstream acknowledgement that central banks’ role can extend beyond its traditional interest-rate lever.

“I think if you look at his academic writing, [Bernanke] was very conscious of the need for the Fed to boost aggregate demand when we hit the lower bound” of traditional interest-rate policy, Sumner said. When the benchmark federal-funds rate reached zero, Sumner said, “a non-economist would become complacent and just think, ‘We’ve done fine.’ “

Bernanke, on the other hand, was attuned to the Fed’s power—and responsibility—to act more assertively, Sumner said. In fact, he suspects, Bernanke was probably eager to push monetary policy even further than institutional constraints and Congressional regulators allowed him to go.

“Bernanke would have liked to do more,” Sumner said. For example, unlike the European Central Bank, “the Fed never adopted a negative interest rate policy,” the professor noted, adding that despite his personal distaste for negative interest rates, the policy may have been helpful in boosting nominal GDP at the time. “I give [Bernanke] credit for nudging the Fed to be more aggressive.”

“In my years of experience, I had never seen the power of the Fed wielded by aggressively entering the open market,” Grinis said. “We had never seen [the central bank] act in any way like that before.”

It’s a line of thought that has remained appealing to Bernanke even today, three years after his departure from the central bank. In an article posted last month on his blog at the Brookings Institution, where he is now a distinguished fellow, Bernanke outlined his support for central banks targeting steadily rising prices during a recessed economy, representing a commitment to energetic monetary policy in downturns.

Yellen, who had a front-row seat to the Fed’s financial-crisis activity as the president of the San Francisco Federal Reserve Bank, has for her part sometimes delivered a more traditional view—blaming the Great Recession, in a 2010 speech, on “sophisticated financial engineering” and “lax loan standards”—a departure from Sumner, who argues that tight monetary policy was the main culprit.

But in office as chair, Yellen pursued a policy contiguous with Bernanke’s proactive stance. For example, she has used forward-looking statements and scheduled benchmarks to spur markets toward the Fed’s goals.

A Known Unknown
That narrative provides two sharp contrasts to the prospects of a Powell chairmanship. For one, Bernanke’s extensive scholarly output from his pre-Fed career in academia—dozens of papers, a macroeconomics textbook and a book of essays on U.S. monetary history—provided an effective roadmap to his thinking, indicating his penchant for a proactive monetary response. In Powell, economists confront a far less documented thinker.

“I don’t really know the guy,” Kuttner said. “All I know is what I’ve read in [Powell’s] statements at the Federal Open Market Committee.”

A more concrete concern, however, is Sumner’s suspicion that Powell may manage monetary policy less adeptly than his predecessors—neglecting to act forcefully enough in a crisis and perhaps overreacting to market-driven price changes.

Sumner noted that Miller, the failed Carter-era Fed chair, “didn’t see the need to tighten monetary policy while inflation was accelerating toward double digits,” an example that Sumner said illustrates a non-economist’s conflation of the federal funds rate with a more holistic perspective on the condition of monetary policy.

On the other hand, Sumner said, it would be a mistake to overuse monetary policy to knock down asset prices that look inflated, as Powell has suggested he would be tempted to do. During the Depression, the professor explained, the Federal Reserve used tight monetary policy to deflate what its leaders saw as a stock-market bubble. In the process, though, “they also punished Main Street quite severely,” Sumner said. “Monetary policy is a blunt instrument.”

It’s also an instrument that’s among the most important in determining the real estate business cycle.

“All you have to do is look at how [real estate investment trusts] reprice as soon as there is movement in one direction or another on policy statements [from the Fed],” Grinis said. “We are a highly levered industry. The cost of that financing is a key component.”

Wall Street and Main Street both still have some time to process the news: If confirmed, Powell, a 64-year-old Washington, D.C., native, wouldn’t move into the chair’s office until January. In the meantime, Fed-watchers appear content with a choice that could have been far more startling.

“In the short run,” Sumner said, “he’ll probably do fine.” 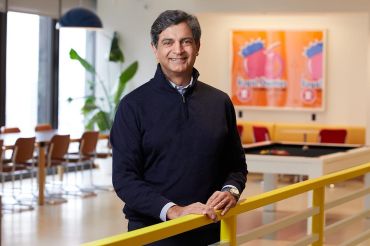