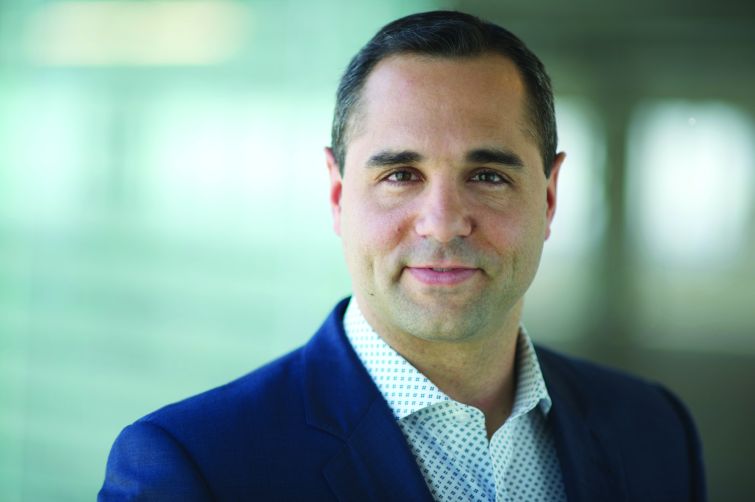 With a stint as a captain in the Israeli Defense Forces under his belt, Eli Elefant, the chief executive officer of PBC USA Investments—the global real estate investment arm of Israel-based Property & Building Corp.—is unfazed by what New York City’s concrete jungles throw his way, even the prospect of the end of a 10-year business cycle. With roots in private equity, Elefant keeps squarely focused on the long term, patiently wading through the market’s crests and valleys in search of opportunities with enduring value.

A fine example is 452 Fifth Avenue, the 30-story building between West 39th and West 40th Streets that PBC owns and uses as its headquarters. When Commercial Observer met Elefant at the tower earlier this year, he noted that the building, purchased in 2010, is not only 100 percent leased but enjoys a lengthy waiting list of interested tenants. Elefant, 39, pointed to that project—and his recent work in national retail development—to illustrate that a focus on high-quality properties can give landlords the confidence and firepower to withstand even the most ominous of markets.

Commercial Observer: What has business been like under the Trump administration?

Eli Elefant: When I was growing up, there was this great computer game called Syndicate where a giant corporation rules the world, governments don’t matter anymore, and it’s just a battle of businesses. I think that’s exactly what’s happening. Politics don’t matter anymore. Racism does, violence does, nuclear foreign policy does. But for everything else domestic, I think no one really gives a shit, or else the stock market wouldn’t be behaving [so well]. The economy persists.

Have investors been deterred from New York real estate at all?

Do you think our political environment has deterred any large Chinese investor from coming to this country and wanting to invest in the most liquid and efficient real estate market in the world? No.

Overall, do you think the market has improved or worsened this year?

Real estate is not a liquid asset. If you want to sell a building today, it’s going to take you three weeks to three months even if you did a fast close. Its behavior lags efficient markets, always. And that’s probably what’s most attractive to me about real estate. But are there fewer transactions occurring due to the Trump administration? No. I think there are fewer transactions because we’ve reached a height in the cycle. But this is still the most efficient, transparent, regulated and liquid real estate market in the world. You can’t compare it to anything else. Good luck going and buying in London. If you did a year ago, you would have lost 25 to 30 percent of your investment—just on currency trading. The London market still behaves as if it’s not factoring in Brexit at all. The cap rates are still at an all-time low, and the fundamentals are the same. Leases are getting signed at the same rate.

Do you invest in London?

We look at London, yes. We have made investments in London in the past, and we are proactively targeting London and England in general, but we have not done anything there recently.

You grew up in Israel, right?

Necessity and opportunity like anyone else. I had no affinity for real estate; I had no love for it. I did have a love for New York. I wanted to come to New York because it was a larger sandbox than I had the opportunity to go into in Israel. When determining that I was going to go into [the real estate] business, it made sense to go to the beach for sand, as opposed to the local sandbox.

What was your first job in New York?

When I came here, I wanted to be in finance. The opportunity came up in real estate with Michael Ashner [chairman and chief executive officer of Winthrop Realty Trust]. I spent close to nine years with him.

What did you learn from that experience?

The basis to my success was the ability not to be geographically limited. We invested in 42 states across the U.S., so I knew several markets. We were diversified across asset classes and we had capital stack diversification, which gave me a lot of experience. I think that’s what ultimately today differentiates me from a local real estate guy that’s New York centric and has done several office buildings, but who only knows a few sectors or types of financing.

When did you come to New York?

What was it like to experience the financial crisis quite early in your career?

First, I learned that sometimes the best deal is a deal you don’t do. And second, thatI’d rather be in a bad deal with a good partner than a good deal with a bad partner. Those are the two takeaways I have from those years. The third one is ignore the crowds.

There’s a lot of hype right now about retail. Everyone’s fleeing retail like the plague, which to me, as a contrarian, is a great opportunity to begin paying a little more attention to that sector and identifying the opportunities in that sector. Because not everything in that sector should be penalized the way capital markets are penalizing it.

Do you have any exposure to malls?

As far as some of our legacy assets are concerned, we’re doing a lot of turnaround in the retail space, but there’re some aspects of retail that people are not necessarily factoring in. For instance, certain restaurants—not necessarily chains or franchises—are up 5 or 6 percent year over year. The apparel business is down 5 or 6 percent. But by and large, people are penalizing these malls. They’re saying, “Oh, they suck,” or that lifestyle centers don’t work. You can’t finance them. But certain aspects of these malls actually do work. The restaurants are doing well. Experiential concepts are doing very well.

What’s your take on the New York office market?

In New York, we continue to believe that even though the market is priced very aggressively, certain aspects will retain value and prestige. We’re 100 percent leased in [452 Fifth Avenue], and we’ve got a waiting list for tenants that want to be here. Our last five deals have been triple-digit deals: We’ve got rents over $100. So these are triple-digit rents in supposedly a very challenging office market.

How are you able to achieve 100 percent occupancy? What’s different about 452 Fifth Avenue?

One, there’s clearly a benefit to being on Bryant Park. It’s an amenitized location. Two, the asset is unique in its floor plate and its architecture, including the private elevators. That’s private access for every executive on every floor. The floor plates fit very well for the 14,000- to 16,000-square-foot hedge fund that wants the elevator to open up onto its floor with great architectural windows that allow light in all day. There are a lot of attributes to the asset that were there, and the roughly $80 million of renovation that we did made it a Class-A trophy asset. For a while, south of 42nd Street, I think we were the only building that was achieving hundred-dollar rents. We’ve been able to create a unique experience here for tenants. With 100 percent occupancy, it’s not like I can put in a 50,000-square-foot gym. But there are things we can do here that are very creative and attractive to tenants, and we continue to explore doing that.

How did the acquisition come about?

2010 was a highly illiquid year and there was a tremendous amount of fear and uncertainty. There was a tremendous amount of heavy lifting in terms of capital that needed to go into the building. There was a lot of uncertainty around that. I think it’s a combination of being smart about the asset, about seeing things that other investors didn’t see. It was a year-long negotiation that didn’t close until 2010. The deal came about in 2009 to be sold by HSBC as soon as possible. There was a lot of diligence that went into this and a big belief in the ability to convert it and make it something unique and special, which we did.

What was the purchase price?

How do you finance your acquisitions?

Even though PBC has its balance sheet in the U.S., we’re part of a larger real estate group that holds about 11 or 12 million square feet in Israel of office, residential and mall retail. It’s a big group of real estate companies, and we are all under the brand of Property and Building Corp., which is publicly traded in Israel. We basically raise our own equity there.

How are the financial markets in Israel?

The Israeli financial markets are very interesting for one reason: Israel is like an island in the Middle East with very little trade on its borders. We don’t really have the relationship with Egypt that the U.S. has with Canada, or that England has with Ireland. There’s also a mandatory allocation in payrolls to pensions and insurances, which is substantially larger than in other countries. Therefore the insurance funds need to constantly be investing outside of Israel in order to meet investment returns. As a result, there’s a constant flight of capital to Europe and the U.S. and in recent years there’s become an appetite for alternative assets like real estate because it’s inflation hedged. The Israeli arm of Property and Building Corp. enjoys a very favorable financial environment.

It’s a very stable and capable company. There’s tremendous demand for foreign assets. That gives us our mandate.

You’re pretty diversified. Is there one asset type that comprises the majority of your balance sheet?

We like to say, “Know what you know and know what you don’t know.” We’re not experts on a lot of things. Where we’ve proven to be good experts working things the right way is in the office and urban retail space. In the mixed-use environment, that’s something we’ve been very good at. We’ve identified the live-work-play components to things. We’ve been able to capitalize on those and know how to deal with those kinds of assets.

Do you ever take advantage of joint ventures with other firms?

When we want to get into a deal where we don’t know—where we lack the knowledge and capability to do something the way we did it — then we would joint-venture with someone who did [know]. Because the value they add to the deal is actually identifiable. If there’s a deal that we like where we don’t have expertise, that’s where the opportunity to JV would be.

What do you expect from the rest of year?

The [rest of 2017] will be interesting in terms of what gets done and what opportunities actually show up. One of the trends that we’re seeing is that there are a lot fewer bidders for the larger stuff.