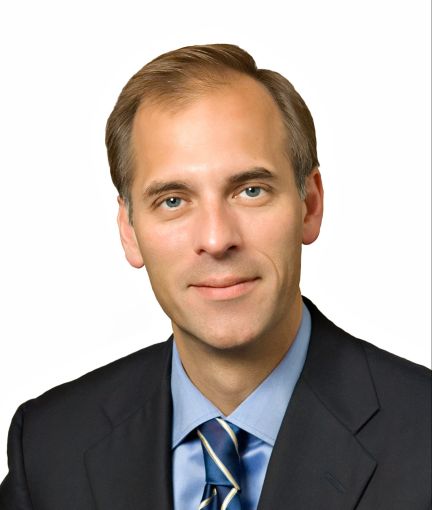 Mark Zandi is Moody’s Analytics chief economist and co-founder of Economy.com. During his 30-year career he’s been an influential source of economic analysis of financial markets and public policy. With the GOP’s proposed tax bill hot off the press, and ahead of his address at Urban Land Institute New York’s annual economic forecast today, Zandi chatted with Commercial Observer about the current state of the U.S. economy and what real estate market participants should be keeping a watchful eye on.

Commercial Observer: From your perspective, how has 2017 fared? Is the U.S. economy where you thought it would be?

You had some initial concerns about the Trump Administration’s impact on the economy. One year in, what impact has Donald Trump had?

Well, I expected the administration to do something—to change something. But nothing has changed. There’s been a lot of chest-thumping and rhetoric, a lot of loud noise but here we are a year later and there hasn’t been a single change in economic policy. So, the economy is fundamentally strong and we’re okay.

What are your thoughts on Jerome Powell [President Donald Trump’s pick to be the 16th chairman of the Federal Reserve]?

I think he’s a great choice. He’s the status quo and cut from the same cloth as Janet Yellen. I think he’s going to follow the same path in terms of monetary policy and financial system regulation, although he might be a little more conservative with regard to bank regulation. Rates are too low and he’s going to have to get them up so he has some work to do. The big test for him will be normalizing interest rates without undermining markets and prices, there is a big gap between what I think the Fed needs to do and what the Fed things they need to do and what investors and the market think the Fed needs to do. That gap has got to close. Somebody is wrong. If investors are wrong they need to adjust their expectations. That means we’ll see some repricing in markets, including commercial real estate markets. Hopefully he’s able to pull this off relatively quickly—I think he’s up to it, but he’s going to be tested pretty quickly.

What is contributing to the widening gap between bid and ask prices in the commercial real estate market right now?

Prices have gotten awfully high and cap rates are awfully low by historical standards—I think that potential buyers are balking at that, particularly in the context of higher interest rates. The economy is at full employment, the Federal Reserve is normalizing monetary policy more quickly and it’s unclear how high rates are going to go, so it’s making everyone a little nervous and cautious. There’s also a lot of uncertainty around the tax code. Tax reform is on the agenda but it’s not clear how that is going to play out, or what it means for real estate—that’s also making everyone confused. And when people are confused that’s when you get these wide differences in bid and ask. The tax law changes could be quite substantive and really change the economics of a lot of these deals.

From a commercial real estate perspective, what are the most dramatic potential effects of tax reform that we should brace ourselves for?

It depends. There are lots of moving parts in the tax reform debate. One of the key aspects is around interest deductibility and whether real estate will be carved out from that or not—or how it will be carved out. That’s key. There are a lot of questions around marginal rates and how it might affect low income tax housing credits—the value of those credits is very important to the affordable multifamily space. So, there are a lot of moving parts here and I think people are anxious to see how it all plays out.
How do you expect employment be impacted by changes to the tax code?

You’ll get some growth and jobs in the near term but then you’ll also get much higher interest rates. Looking out three to four years from now, I don’t think the economy is going to be in a different place than it would have been in otherwise—except you’ll end up with a bigger budget deficit. But of course, that’s based on the current proposal that came out this week and it could all change. It’s a moving target. If they pass what the House unveiled this week then the economy would be no bigger in the long-run but that deficit in debt would be larger. I don’t think it’s a particularly good bill.

Which amendments would you make to the GOP’s proposed tax reform bill?

I’d scale it back and focus on the corporate tax code. I think I’d move from a global to a territorial [tax] system, lower the marginal rate as much as I could and pay for it by getting rid of deductions in the code. I might scale back interest deductibility a little bit,  because from a macroeconomic perspective it’s better to use equity than debt. Leverage is always a problem. So, from a macroeconomic perspective and not a real estate perspective I don’t see anything wrong with using some of that revenue. I also don’t like that wealthy and high-end households will be able to escape taxes. I’m not really sure what the benefit of that is other than it’s a tax cut for the wealthy. It won’t help the economy in any meaningful way.

Debt drives real estate markets and there’s a flood of capital in the market right now. Is this a shoe waiting to drop?

I was more worried about this a year ago than I am today. Credit growth a year ago was much stronger, particularly in the multifamily mortgage credit space, but regulators are focused on this Federal Reserve-issued guidance to banks to cool it on their lending. Credit growth has  leveled off. At the moment I feel more comfortable that the increase in leverage is manageable and will not be a problem. That said, it deserves close attention for sure.

Generally speaking, has increased regulation been a good thing?

I think so. There’s a old banking adage: If it’s growing like a weed, it’s probably a weed.  A year or two ago there was a very strong weed on the multifamily side, we saw double-digit growth. That’s getting to be an issue. I think everyone in the market knew it and so I think generally people are comfortable with the guidance and things have cooled off a bit so I view that as a positive.

Firstly, can the Fed pull off [tax reform] gracefully. It’s going to be tricky. Markets are highly valued and there’s going to be a lot of volatility in 2018. That’s going to be the key threat. Then, geopolitically speaking, I still worry about our president and whether his rhetoric turns into something real. As long as it remains rhetoric—no problem. But if he, for whatever reason, restricts trade, clamps down on immigration or picks a real fight with someone militarily? Those are the things that I worry about. You can’t handicap him but clearly there are threats in the context of the rhetoric. You can’t discount that.

What will be driving the volatility in 2018?

Markets are very highly priced. Valuations are very high and there is some speculation creeping into markets. Interest rates are going to rise, probably faster than markets think, so they’re going to have some adjusting to do. Some markets are relatively thin post-crisis, because of regulatory changes you still see the same liquidity, particularly fixed income markets so I think that could generate a lot of volatility given the change in expectations.

Do you see an economic recession coming anytime soon?

No, the economy is strong and it would take a lot to undermine it. I think for the next couple of years we’re okay. No recession.

In terms of the commercial real estate market, what will you be keeping a close eye on in 2018?

What our Congress does with tax reform.  The other area is technology. Technology is really doing a number on demand for commercial real estate. In the retail sector it’s pretty obvious that the e-tailers are killing the brick-and-mortar guys and offices are really being affected by people working out of the office. Technology is also impacting how people travel and where they stay—such as Airbnb. These are tsunami-like technological changes that could significantly affect demand for commercial real estate and it’s very important for investors to get a grip on what that means at a granular level.

Do you think market participants are factoring the threat from technology into their investment decisions?

I think they are, that may be another reason why there’s such a big spread between bid and ask. I think investors need to really think very carefully what all this means. Not just in the broad, general sense but at the street level. They’ve got a lot of work to do to figure out technology’s true impact.  Technology’s impact is coming, it’s slow moving but there’s always the risk that you get to a tipping point where these things are really very disruptive. I think what I worry about most is the office market and the way that people are working. It’s changing very rapidly. I’m barely in the office now—I like to work in my back deck and there’s no reason why I shouldn’t. I do think that it’s very hard to invest based on technological change but that’s why these guys get paid the big bucks.