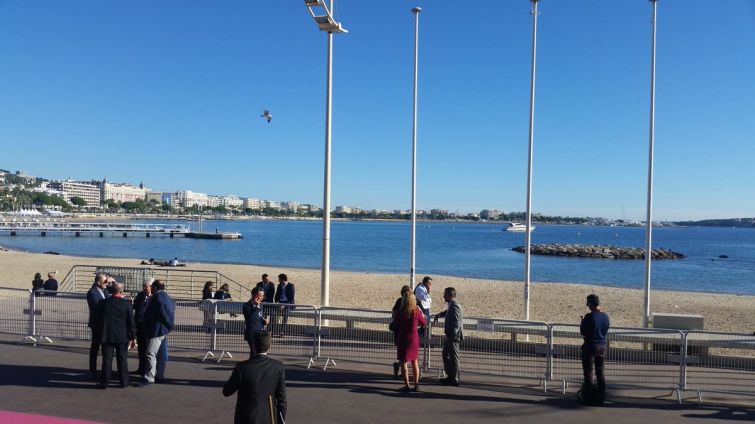 At this year’s MAPIC in Cannes, France, there was a mix of concern as well as optimism.

Fred Posniak of Empire State Realty Trust told Commercial Observer that there was “no doom-and-gloom” vibe at the international retail property trade show—and if attendance at MAPIC was any indication, things aren’t so bad. This year’s attendance was up 100 people to roughly 8,500 participants from 2016, according to MAPIC Director Nathalie Depetro. Like last year, attendees hailed from 260 countries around the world.

In New York City specifically, deals are starting up again after a dry spell, as evidenced by the recent transactions involving Levi’s, which is moving its Times Square store to a new 17,250-square-foot location at 1535 Broadway, and Vans, which agreed to take 8,573 square feet for its second Manhattan location at 530 Fifth Avenue.

“I think there is momentum,” said Lee Block of Winick Realty Group.

Still, in order to get deals done, tenant rep Virginia Pittarelli of Crown Retail Services said that “for the right kinds of tenants across the board, all landlords are being creative because of the abundance of space.” That means more tenant improvement allowances and less traditionally structured terms, such as lower base rents plus percentage rents (as in percentage of retailers’ sales).

And landlords have also been more open to doing pop-up deals, according to Cushman & Wakefield‘s David Gorelick.

But there is no arguing that there are issues facing retailers in the U.S., with department stores cited as a serious case in point.

“I see department stores going in a downward spiral,” said Salvatore Ferrigno of Newmark Knight Frank. As many have noted, “the writing is on the wall” for department stores and they “have to evolve,” said C&W’s Gene Spieglman.

The same applies to individual retail brands. Brookfield Property Partners‘ Mark Kostic said it is “important for each store to be relevant,” while Robin Abrams of Eastern Consolidated advised that retailers need to key in on their vibe and brand, among other things.

But the retail situation isn’t as grim internationally, according to one market watchdog. While the U.S. is experiencing a “collapse [in] retail activity,” the downturn is “less dramatic” in other countries, said Mohamed Haouache, the founder of online short-term retail leasing platform Storefront.