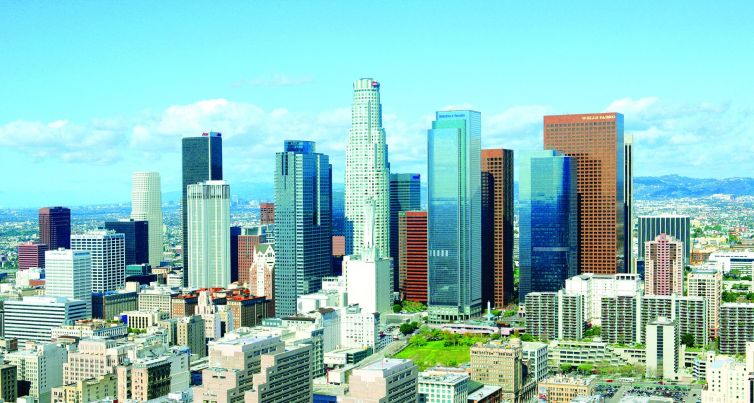 Los Angeles and Orange County were among the top three markets to get a boost in office market growth from the rise of the high-tech sector, according to CBRE’s annual Tech-30 report.

The report, which measures the tech industry’s impact on office rent in the 30 leading tech markets in the U.S. and Canada, found that Los Angeles County saw jobs in high-tech software/service sectors rise 20 percent during 2015-2016, nearly a three-fold increase from the prior two-year period’s 6.7 percent. Consequently, average office asking rents in Los Angeles climbed 11 percent to $37.08 per square foot annual from the second quarter of 2015 as compared to the same period in 2017. In the area’s top tech submarket in Santa Monica, average rents reached $71.28 during the period.

The rise in high-tech jobs and subsequent need for office space, has led companies either priced or locked out of high-demand areas on the Westside or near major entertainment studios, to the submarket of Downtown Los Angeles according to CBRE’s Senior Vice President John Zanetos. Vacancy rates in Downtown Los Angeles were 17 percent, for instance, compared to around 7 percent in Santa Monica, according to CBRE research.

“The space and the entertainment industries are merging in a very big way. That will continue to drive more of the big brand name technology companies into LA because of the need to be in the content creation and delivery business. I see this growing,” Zanetos told Commercial Observer.

He anticipates that lesser-known areas like Boyle Heights and Frog Town will be the next to benefit from the tech boom.

“You have these pockets of early 1900s industrial buildings that don’t really have an industrial use that can be converted in the same way that the Arts District was in Downtown LA and Culver City was,” he says. “They are close to public transit and the city of LA is going to be dumping a lot of money into those areas because of the LA River development plan and Sixth Street Viaduct redevelopment plan so they’re going to have a lot of benefit from public investment as well as having really cool buildings that can be converted into office space.”

Meanwhile, the OC led the country for rising office rents over the past two years.

Average office asking rents in Orange County climbed 23.3 percent to $33 per square foot annual from the second quarter of 2015 to the same period in 2017. The area’s top tech submarket — South Orange County — saw average rents reach $34.20 during the most recent period. Tech employment in Orange County increased 40.7 percent during 2005 and 2016, making it the top-growing industry in Orange County with approximately 300,000 sq. ft. of active requirements.

According to Allison Kelly, first vice president for CBRE, who has worked in the OC market for more than 13 years, office rents are primed for continued growth. For new to market properties, she expects the asking rents to increase to nearly $4 per square foot or $48 per square foot annual.

The drivers aside from lower rents than in high-demand markets in Los Angeles, she says, are the ability for companies to buy land and create buildings to suit them, proximity to mass transit and thousands of units of new housing being developed in the area, including residential units at the former El Toro Marine Corps base by FivePoint.

She also said the area attracts an educated, tech-savvy work force drawn to the region for lifestyle reasons.

“When people thought of tech companies, they were thinking of Mark Zuckerberg, bright kids in their early 20s in these startup companies with VC money, “said Kelly. “That might be a portion, but a lot of other people work in tech too, people in their 30s and 40s that have children, want to buy a home, are looking for that holistic quality of life and that is something that you can find in OC, where there are enough technology companies here, enough great talent for them to locate here, and a lot of options if you are an employee.”