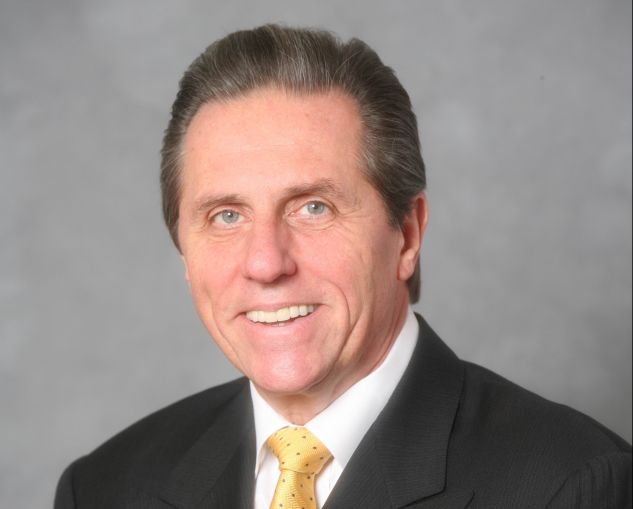 Now Klett, who marked his 10th year at the helm of the bank’s Melville, N.Y.-based commercial-lending business last month, is headed towards a bittersweet milestone at year’s end: his retirement.

Before Klett joined, Signature invested only haltingly in commercial and industrial loans, Joseph DePaolo, the founder and chief executive officer of Signature, said. “George allowed us to diversify the asset side of the balance sheet.”

The business Klett brought to the bank has only increased in importance to its bottom line this year. In the third quarter of 2017, total loans for the bank grew by $3.36 billion to over $30 billion total. The increase was primarily driven by “specialty finance and commercial real estate,” the bank said in a statement.

“We want to be known as a commercial real estate lender,” DePaolo said. “You can’t really be in the business of banking in New York unless you’re in the real estate business.”

That ambition is what brought Klett to Signature in the first place. After North Fork was purchased by Capital One in 2007, Klett was searching for a new home for his relationship-driven, referral-based modus operandi.

“I’ve built a career on relationships,” Klett explained. “That’s exactly the reason I ended up here.”

Klett, who landed seventh on Commercial Observer’s Power 50 list earlier this year, places a deep emphasis on deep personal connections. That style has played well at Signature, he said, a bank that has bet big on service and individual accountability. The bank’s website notes that its clients ‘have a single point of contact for all their banking needs.’

Klett’s interpersonal approach also extends to his mentorship of younger colleagues. Two of those collaborators, Joseph Fingerman and John Zieran—each of whom has worked under Klett for nearly 20 years, since his time at North Fork—will now take on leadership of Signature’s commercial real estate business.

In his new role, Fingerman hopes to emulate Klett’s “ability to look at deals and understand the borrower, and his business-first attitude,” the banker said, adding that working with Klett has been “the opportunity of a lifetime.”

“George has taught me everything I know about this business,” Zieran added.

Klett and Signature will not part ways entirely. He has inked a contract to remain on board as a consultant for just over two years. In the meantime, he said he is looking forward to staying in the real estate game as an investor.

He also hopes to spend at least a little more time with his family, especially his five grandchildren. Klett, who served as a staff sergeant in the Air Force, lives with his wife on Long Island. His seven children range in age from 19 to 45.