Are Owners in Denial About the State of the Market? 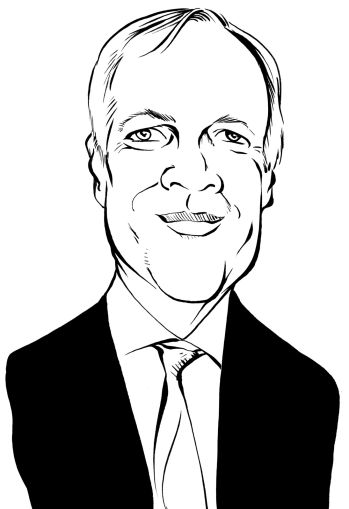 “Better three hours too soon than one minute too late.”–William Shakespeare

The softness in the real estate market started in 2015 when prices of prime property declined from their highs in major cities like New York, Paris, London, Singapore and Dubai. In Manhattan, the decline was most apparent in the luxury residential market as foreign buyers that were paying upward of $100 million for the best buildings in the city, such as 432 Park Avenue, suddenly stopped showing up. Top-floor penthouses at 432 that were initially offered for $80 million were suddenly slashed to $40 million. Initially, the decline was explained as a healthy pullback for a market that had gotten ahead of itself. The Chinese and Russian buyers had bid up the prices and now were absent. In 2016, the market seemed to flatten out and bifurcate as certain growth areas actually appreciated while others, like those high-end condo units, continued to see softness. This time, the market malaise was written off as pre-election jitters. However, here we are almost a year after the election in an economic environment where the stock market has soared to all-time highs while interest rates and unemployment remain low. Logic follows that the real estate market should also be at or near all-time highs, right? Well, that’s not quite the case at all.

The New York City investment sales market is shaping up to have one of the lowest annual totals of the past 15 years.

The New York City total transaction volume of $2.8 billion in the third quarter is the lowest of any quarter in eight years.

HNA’s purchase of 245 Park Avenue for $2.2 billion remains the only billion-dollar transaction of 2017.

An optimist might say that, while transaction volume is at a low ebb, pricing hasn’t declined much at all. The bid-ask spread for properties for sale is very difficult to measure, but I’d contend that it is at its widest since the 2009 crisis. Sellers want the all-time highs of a couple of years ago. Buyers only want to buy at much lower prices. In my view, one thing is almost certain: Clearing prices would be lower than the perceived market price, probably much lower, if there were more transactions and sellers had to sell. Paying capital gains taxes, not knowing what to do with sales proceeds, and seller remorse if the market ticked back up are the most logical reasons why sellers are sitting tight. If anything, sellers are pivoting and taking advantage of the continued low interest rates and refinancing their properties to pull out cash.

Meanwhile, the expiration of the 421a tax break in 2016 has caused new development to stall. HVCRE rules have caused banks to retrench on construction lending. As for hospitality, hotels have also declined with the average price per room falling almost 56 percent in the last two years, according to HVS.

For retail, it’s more accurate to look through a national lens. Anecdotally, I have dozens of offering memoranda on my desk where the whisper price on core retail is in the 8 to 8.5 percent capitalization rate range. Two years ago, it was in the 6 to 6.5 percent range. One example of a current offering is a Whole Foods and Barnes & Noble -anchored center in Michigan where the market talk is that it can be had at an 8.5 percent cap range, which would previously have been considered absurd.

So where do we go from here? Barring exogenous events or black swans, the market should bounce along here and eventually resume its rise. The problem is that there are many potential black swans looming around the corner in today’s environment. An escalation of the tensions in North Korea, a domestic political scandal that further spirals, an interest rate spike or another surprise bankruptcy (like Toys “R” Us) are all powder kegs that could cause a domino effect that could torpedo this market. Because the majority of market participants can’t put their finger on what that black swan is, they simply look at the stock market’s rise and assume that they will be bulletproof. That line of thinking is folly, though, and shrewd investors and owners are preparing for the inevitable decline and keeping their powder dry. Many brokers who write columns won’t tell you that the market could decline because it’s bad for business. However, I believe that the client comes first.