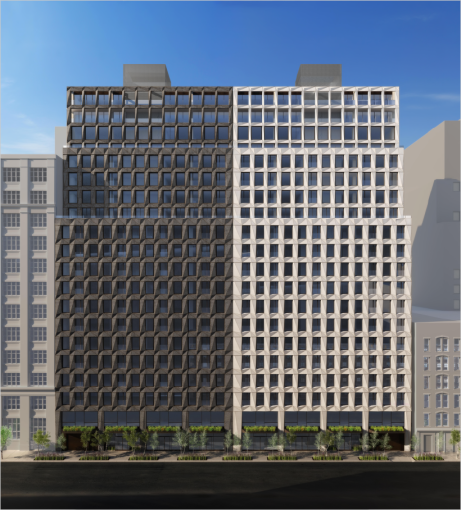 Eran Polack is happy to be in Chelsea.

After sealing a $238 million construction loan for his new two-building residential complex at 213-227 West 28th Street, between Seventh and Eighth Avenues, the HAP Investments chief executive officer told CO that he’s bullish about the neighborhood’s prospects.

“We really like the area,” Polack said. “It’s close to the Fashion Institute [of Technology], Whole Foods and Midtown Tennis. The [short] distance to the Google offices, to Hudson Yards and to Madison Square Garden make it very exciting.”

That location has given Polack a rosy outlook for the buildings’ revenue.

“I am very, very confident in the rent,” Polack said. “I don’t think there are a lot of buildings [going up] in Manhattan between Seventh and Eighth Avenues.” He added that he expects strong demand from students at FIT and families whose children attend Avenues, a school at 259 10th Avenue that serves children from pre-K through 12th grade.

Daiwa House Texas, an American subsidiary of Daiwa House Group, the largest homebuilder in Japan, will provide the floating-rate, 30-month loan—the company’s first in New York, which will have an interest rate of Libor plus five percent.

The complex’s two buildings, which will be split among rental apartments and condominiums, will cover eight contiguous lots, the most sprawling such site developed in recent Manhattan history, according to HAP. The condo building will feature 88 apartments, and the rental building 112.

Plans for the site also include ground-floor and cellar-level retail space in the 20-story apartment towers. Residential perks include a full 17,000-square-foot floor for amenities, and an automated parking garage where, according to HAP, robots will automatically retrieve residents’ cars from nearly 50 parking spaces.

The architecture firm DXA studio has designed the complex, and construction—excavation for which is already underway—will be managed by Rinaldi.

Polack expects construction to finish by the end of 2019, and Douglas Elliman’s Fredrik Eklund—famous for his role on the television show Million Dollar Listing—will manage sales and marketing for the apartments.

Daiwa House Texas could not be reached for comment.

Earlier this autumn, Polack found himself in an embarrassing legal snit when as Israeli court found that he lied in 2010 about the value of the diamonds he lost in a Hong Kong robbery. He does not face criminal charges. Polack declined to comment on the matter through a spokeswoman, who said that “the civil case is still on appeal in Israel.”