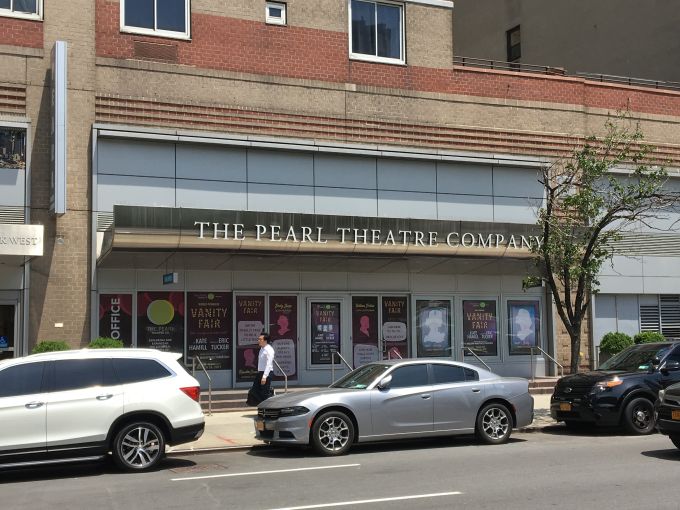 The Upright Citizens Brigade Theatre—the eponymous home of the improvisational theatre troupe that launched the careers of Hollywood actors and writers like Amy Poehler and Adam McKay—has found a new home at 555 West 42nd Street in Hell’s Kitchen.

The UCB Theatre acquired the lease for the 160-seat theater near the corner of 11th Avenue from the Pearl Theatre Company, which signed a 20-year lease for the roughly 7,000-square-foot location in 2012, but shuttered after filing for bankruptcy earlier this year. The Wall Street Journal first reported news of the deal.

While a spokeswoman for the UCB Theatre declined to provide the financial terms of its lease, The New York Times reported in June that the Pearl Theatre Company was on the hook for a minimum lease payment of nearly $283,000 this year—a figure that was due to escalate to more than $329,000 by 2020.

The theater is located at the base of the 44-story, 418-unit Riverbank West residential tower, owned by the Massachusetts Mutual Life Insurance Company. The UCB Theatre is expected to move from its current location at 307 West 26th Street in Chelsea, which it has occupied since 2003, by the end of November and plans to begin performing in its new home at the beginning of December, according to the Journal.

In a statement to Commercial Observer, the UCB Theatre said the relocation is the result of a “long search” for a new performance space that would better comply with Americans with Disabilities Act (ADA) regulations and “better serve the diverse group of performers, students and patrons that make up the UCB community.”

Compared to the theater troupe’s current location in Chelsea—housed in a basement below a Gristedes supermarket that was converted into a performance space—the former Pearl Theatre space features more backstage room for performers, higher ceilings and no obstructions blocking audience sightlines, the Journal reported.

The UCB Theatre plans to celebrate the move to its new digs with “special shows saying farewell to Chelsea and hello to Hell’s Kitchen,” it said.