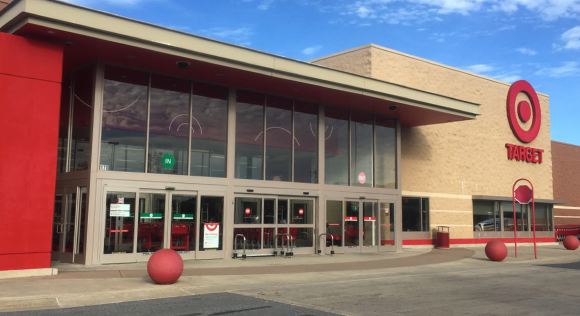 A co-tenancy battle between department store chain Ross Dress for Less and its landlord at a Pennsylvania shopping center has come to an end, with the retailer being granted a nearly $2 million rent abatement.

Ross argued that the owner of Lycoming Crossing Shopping Center in Muncy, Pa., failed to inform Ross that Circuit City, having occupied 20,331 square feet in the shopping center, vacated the shopping center in March 2009, which contractually would have allowed Ross to pay a reduced rent tied to Ross’ gross sales. Arbitrators awarded Ross $1.9 million in June, and last month the court confirmed the award.

Co-tenancy clauses help tenants get concessions from retail owners if anchor tenants leave their space. Landlords use the provisions to lure tenants to their retail center. They are “quite ordinary in [deals at] shopping centers,” according to real estate attorney Joshua Stein of his eponymous firm, but also some of the most heavily negotiated. And they generally “assume a certain model for how shopping centers work with an anchor with a certain amount of space and attributes.”

“Tenants will negotiate those co-tenancy clauses to protect their interests in the event a major traffic draw to the center does leave,” said Edward Dittmer, a senior vice president and ratings analyst at Morningstar Credit Ratings. “It allows them to terminate their lease or reduce their rent unilaterally and that would protect a tenant’s interests.”

But some say that assumes an outdated perspective on retailing.

“We are negotiating leases nationally with the same flavor,” said Stein, who represents tenants in lease transactions. “Leases put in place decades ago and last week, they’re no different.”

Why would department stores, which have been losing business to e-commerce and “experiential retail,” continue to be used as the standard in co-tenancy clauses in leases? Wouldn’t trendy companies in much smaller spaces like Warby Parker and Lululemon be better picks to replace an obsolete department store?

As Yaromir Steiner, the founder and chief executive officer of mixed-use developer and property manager Steiner + Associates, previously told Commercial Observer: “A tenant can say the anchor is now gone and that will hurt their business, but what if that tenant’s business is not hurting at all? And what if, as a result of the anchor’s departure you are actually selling more sporting shoes [for example]? You could be adding insult to injury to punish a small developer who already lost its anchor.”

If a landlord wants to replace a traditional department store anchor with bespoke shops “because that’s what will bring in shoppers, they can’t satisfy the co-tenancy clause,” Stein said, adding, “I don’t think leasing has caught up with the trends in retail.”

Retail consultant Soozan Baxter of Soozan Baxter Consulting concurred. “It’s not fair if you take an underperforming Macy’s or Sears and [replace it with a] Whole Foods and then the landlord has to take a hit because it’s a co-tenancy violation,” she said. “If the landlord is investing money into the property and doing what’s best for the asset, the tenants and the community, there ultimately needs to be some give on what defines an anchor.”

Terrence Oved, the head of the real estate department and a partner in the law firm Oved & Oved, said as the retail environment has changed he anticipates the lease bargaining power shifting from the landlord to the tenant.

“I would expect to see in the marketplace now that a tenant would try to take advantage of the retail climate to negotiate more protective lease provisions from landlords,” Oved said.

In the case of Ross in Lycoming Crossing Shopping Center, the tenant prevailed to the tune of $1.9 million.

The “off-price” department store chain signed a 30,187-square-foot lease at Vision Group Ventures‘ Pennsylvania shopping center more than a decade ago, in June 2007, according to the complaint filed on Jan. 11, 2012 in the United States District Court for the Eastern District of Pennsylvania. The minimum rent was $29,166.66 per month, or $355,000 annually, plus a share of the common area maintenance charges, insurance and real estate taxes.

If co-tenancy conditions were not met, Ross would be able to pay a substitute rent, which would be the lesser of a minimum rent or 2 percent of the tenant’s gross sales during the preceding month. The owner had an “obligation to notify Ross regarding the absence of any of the required tenants that would trigger” the reduced rent, the court records indicate. Ross claimed that the landlord failed to do this for a two-year period commencing March 2009 when Circuit City vacated. (Circuit City filed for Chapter 11 bankruptcy protection in late 2008.)

Ross sought reimbursement for the $573,789.10 overpayment plus additional fees. When that allegedly failed, Ross set off the amount of the overpayment in its rent going forward until September 2011, when the landlord terminated the lease. Ross vacated the space that November and commenced action in federal court on Jan. 11, 2012 alleging breach of lease.

Ballard Spahr Partner Matthew White, who represented Ross in the Pennsylvania case, wasn’t available to comment. Vision Group Ventures’ attorney, Stephen Cozen, the founder and chairman of Cozen O’Connor, declined to comment, saying, “The matter is now on appeal to the Third Circuit. Our arguments against the district court opinion will be set forth in our appellate brief.”

“It’s on the landlord to be certain to negotiate rational remedies if such a co-tenancy violation occurs,” Conlon emailed, “remedies that do not permanently impair the property. It’s up to the landlord to get it right and create as much flexibility as possible in terms of acceptable replacements that satisfy the co-tenancy provision.”

He added: “This stuff is just not that hard. Limiting or avoiding exposure in the event of a co-tenancy default is achievable if you know how.”

In March, Acadia acquired a 272,000-square-foot Lincoln Place Shopping Center in the St. Louis suburb of Fairview Heights, Ill., for $35 million through its Acadia Strategic Opportunity Fund IV, as CO previously reported. The property is anchored by big-box retailers including Ross.

But another shopping center owner who declined to be identified—because there is a “delicate balance between negotiating with these retailers and being in their good graces and taking a stance with co-tenancy”—said that this is not so easy if you have older shopping centers with leases that were signed ages ago. “They likely don’t make a whole lot of sense today,” he said, and when those leases come up for expiration, they often can’t be renegotiated because the tenants exercise their extension options.

“The world has changed a lot since the 1950s when these malls were rolled out in a major way,” the mall owner said.

Co-tenancy is a “hot topic” now with the company’s tenants. He and his colleagues are looking at how they can amend co-tenancy provisions so they call for keeping fewer anchors open and allow for more options of suitable replacements like restaurants and entertainment companies.

“We’re running into issues continually with department stores evaporating,” the source said. “We’re being creative in recycling these spaces [for other uses], but they’re not meeting the anchor criteria.”

Dittmer, who analyzes commercial mortgage-backed securities assets including shopping centers, said it was “a bit of posturing” to characterize co-tenancy clauses as unfair, even in the case of acquiring older malls.

“Very frankly if you buy a mall you buy the leases that are in place,” Dittmer said. “That’s part of the deal.” With that said, he noted: “Everything is negotiable in real estate.”