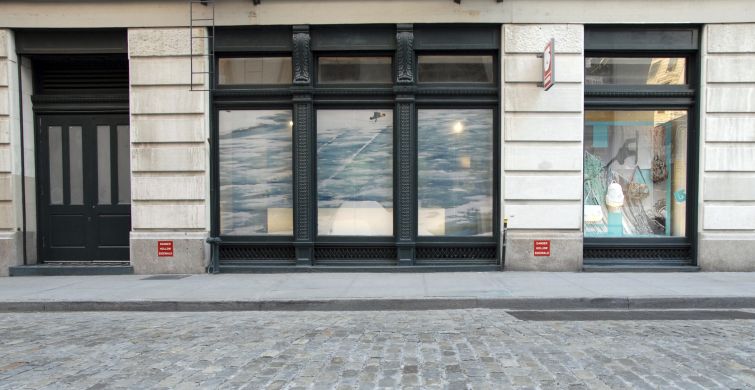 Landlords may feel a greater sense of urgency in protesting the city’s property valuations due to increased retail vacancies. Photo: Getty Images

In January 2007, Apple leased the 16,000-square-foot three-floor store at 21-25 West 34th Street between Fifth Avenue and Avenue of the Americas at a rent of $6 million a year. Then-Apple Chief Executive Officer Steve Jobs famously visited the site and deemed the block unworthy of an Apple store.

“The company decided not to open in the location and sublet it for 50 percent of the rent they were paying,” said Joel Marcus, a partner at Marcus & Pollack, a law firm that handles real estate tax review and litigation.

Esprit opened in the space in 2010 via a sublease, paying $3.6 million a year, the attorney said.

In early 2012, the German-headquartered clothing chain announced it was closing all of its stores in North America. The West 34th Street digs sat vacant from April 2012 until May 2016, when Commercial Observer reported that clothing company Superdry signed a deal to take over the space for its New York flagship. Superdry’s annual rent was $1.5 million.

Marcus said the New York City Department of Finance used the 2007 rent rather than the 2016 rent in calculating the property’s value.

“They didn’t reduce the tax assessment, so we are on appeal,” Marcus said. “We get this attitude from the assessment people that, well, the original lease was written for a higher amount. Our argument is real estate taxes are based on market value today. It was signed in a boom period, but we are not in a boom period. It doesn’t represent market value.”

As landlords of prime retail space face greater challenges in leasing their spaces due to overinflated rents, excess supply and the Amazon effect, they are hoping the DOF will take these factors into account when assessing their properties. Since the city relies on old data—when perhaps the market was rosier—to calculate tax bills, commercial property owners are doubling down to prove that their properties were incorrectly assessed at inflated prices. They do this by seeking a review by the city’s Tax Commission, the forum for independent administrative review of real property tax assessments set by the DOF.

Property owners have long been contesting the city’s annual property valuation, but “now these are realistic economic issues,” said William H. Jennings, the partner in charge of the real estate group at accounting firm Marks Paneth. The tax assessment reductions “will have a greater impact because of the vacancies,” he added.

These property assessments (which include a vacancy and loss factor) are nothing to take lightly. Of the 25,239 appeals filed last year, 10,200 were granted reductions totaling $3.5 billion, or about 9.4 percent of the total assessed value of the properties, according to a city spokeswoman.

There are already more appeals filed this year—25,616—for all commercial properties than in all of last year, when there were 25,239. To put that in perspective, there are 97,977 parcels of commercial property (not just retail, and excluding residential properties with a commercial space as well as condominiums) on the 2017-2018 assessment roll.

As for why there is an uptick so far this year, “It would be highly speculative to try to attribute the increase to any one factor,” the spokeswoman said in an email. “The numbers have increased every year for several years. Assessments have increased (8.59 percent for [this property] class since last year), and I expect that property owners are more aware of the availability of the appeal process. Tax rates on [this] class also have increased.”

All told, the annual tax revenue generated by New York City’s real estate industry has been on the rise the last few years. In 2016, revenue-generating properties (excluding one- to three-family homes, cooperatives and condominiums) produced $20.4 billion in tax revenue, according to an analysis by the Real Estate Board of New York.

Income-producing property owners have to file their real property and expense statement with the DOF by June 1, explained Joseph Giminaro, a partner at Stroock & Stroock & Lavan who manages the Tax Certiorari Group. That data reflects the dealings from the prior year. The city’s assessors use that data to determine their assessed value of the property. That figure is published in January for the fiscal year beginning the following July 1.

Under state and local law, property owners have the right to an administrative review of the assessed value of their property by the Tax Commission. They must file an application for correction between Jan. 15 and March 1, which includes the current year’s income and expense data audited by an outside accounting firm. The city makes its final determination on the tax bill using that up-to-date information.

One success story over the last number of years has been J.C. Penney, which owns its store in the Queens Center mall at 90-15 Queens Boulevard in Elmhurst, Queens. Marcus & Pollack has been able to reduce the department store’s tax burden due to declining sales. (J.C. Penney declined to comment.)

And at 422 Fulton Street in Downtown Brooklyn, Macy’s has seen reductions in its assessments over the last recent years, “based upon rapidly declining sales,” according to Marcus, who has direct knowledge of the situation. For the 2016-2017 year, the property was assessed at $25.4 million, which was reduced to $16.5 million. And, the previous year, 2015-2016, it went from $22.7 million to $16.5 million. This year’s assessment appeal includes the additional challenges the site has faced from construction. (Macy’s didn’t respond to a request for comment.)

Having slow sales, less rent or no tenants does not guarantee a new valuation. That is in part because the Tax Commission will look at the estimated rent and expenses for the space as if it had been rented.

“Just because you have a vacant storefront you should not assume the assessment will go down,” Giminaro said. “The assessor will assume the value of it whether it’s occupied or not. If you bought a $500,000 house and you don’t live in it and don’t rent it, it’s still worth $500,000. It’s the same thing with [a commercial property].”

Giminaro said his firm has been relying on rent issues and vacancy upticks to appeal tax assessments, but it’s still too early to know if those factors will impact assessments in a serious way.

Marcus also noted that it’s too soon to tell.

“So far we haven’t seen a big change in the way they are valuing property,” Marcus said. “But that doesn’t mean that the story is over because basically assessments trail the facts.”

Meyer Mintz, the tax partner at accounting firm Berdon, said, “I think we will see more successful cases on the attorney side because the buildings will show less revenues. As the building is vacant, there’s less income, which would mean the building is worth less to the city because the city looks at the net income to help determine the value.”

Nicholas Loguercio, the audit partner at Berdon, added that in preparing profit and loss statements for landlords, “we’ve seen either more vacancies or reduced rent on some. It could impact the number of protests.”

Marcus & Pollack has 10 major property appeals in the works. While Marcus said the firm would likely be representing the landlords in those cases anyway—as property owners commonly appeal assessments in any climate—“the dire circumstances put a sense of urgency here.”

Marcus said he and his colleagues are “optimistic that we are going to get some significant relief,” in those cases, but “ultimately, we may have to take them to court.”