Under Construction: Old Airport Terminal To Fly High Again as a Hotel 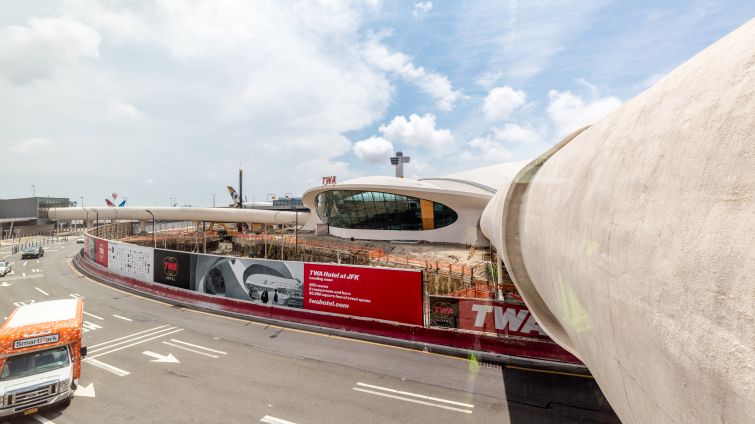 The TWA Flight Center will reopen as a hotel in 2019 after it shuttered in 2001. Photo: Max Touhey Liam La Guerre 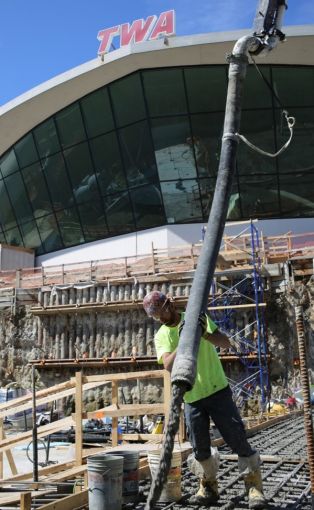 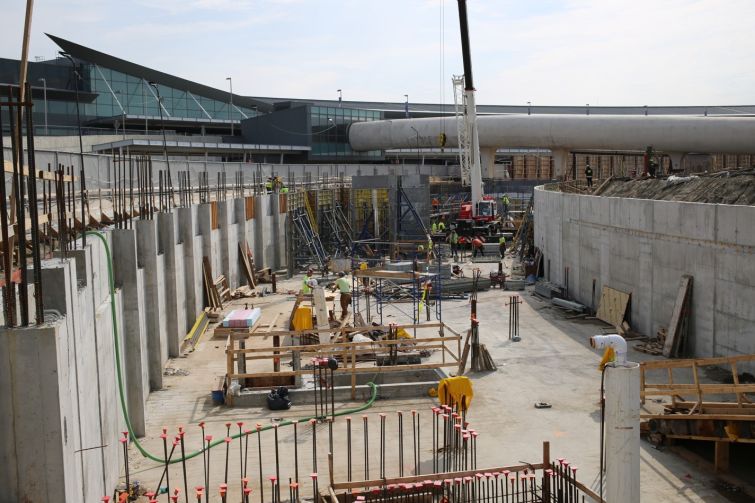 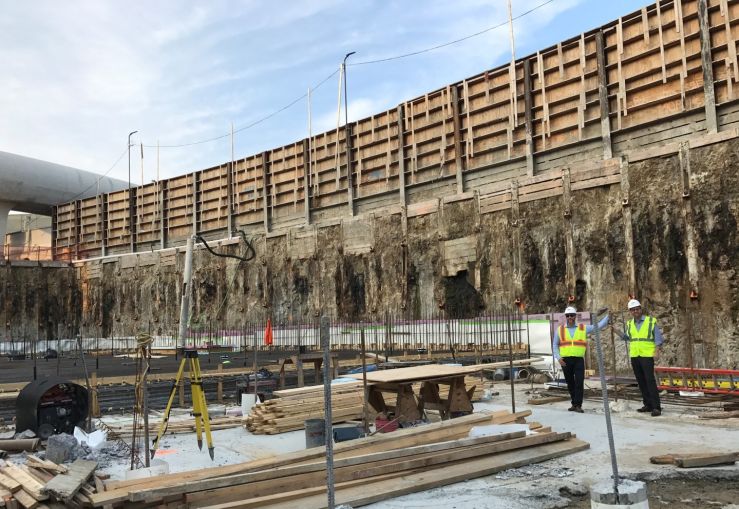 A view of the 30-foot hole where the 1,500-person conference center will sit. Photo: TWA Hotel Liam La Guerre

The new TWA Hotel will feature to seven-story buildings with 512 rooms around the landmarked TWA Flight Center as an amenity space. Liam La Guerre 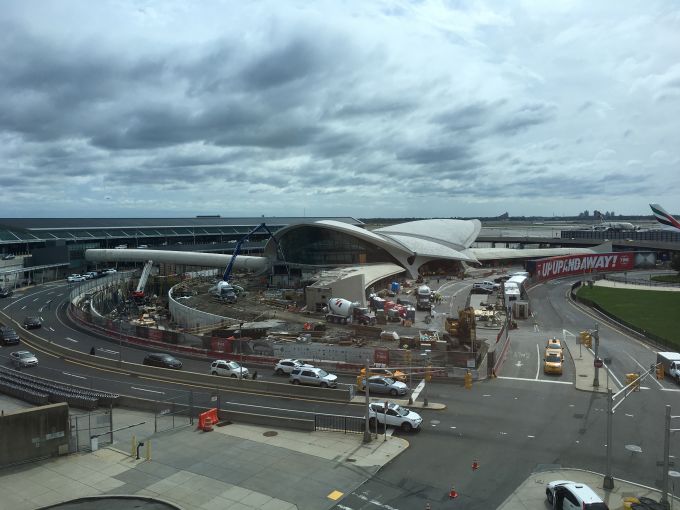 Gov. Andrew Cuomo has been pretty adamant about modernizing John F. Kennedy International and LaGuardia Airports—but when guests step into the TWA Flight Center building at JFK in 2019 for the first time since it was shuttered in 2001, it will be like a blast from the past.

The landmarked 200,000-square-foot building is being converted to house restaurants and bars and will be part of the TWA Hotel in a $265 million project in which MCR Development and minority investor JetBlue are constructing a ground-up, two-building hotel with 512 rooms.

Hotel staff will wear uniforms inspired by ones worn by the Trans World Airlines staff of the 1960s, and the furniture will be modeled after designs by the late world-renowned architect Eero Saarinen, who designed the orignial TWA Flight Center (and also the St. Louis Gateway Arch). Plus, there will be a museum onsite featuring the history of the flight center and the Jet Age, when more powerful aircrafts were introduced at JFK in the 60s.

“We are bringing back the ethos of 1962—that’s when this building opened,” said MCR’s Founder Tyler Morse, who spoke to CO from his office on the 86th floor of One World Trade Center (where one can actually see JFK, Newark and LaGuardia Airports). “John Glenn had just circled the Earth. The space race was on and America was doing incredible things. The world was our oyster.”

MCR and minority investor JetBlue broke ground on the Beyer Blinder Belle and Lubrano Ciavarra Architects-designed project last year. Foundation work has been completed, and the developers, who have a 75-year lease with the state to operate the building, hope to top out the hotel’s new seven-story buildings by the end of the year. The windows of the new hotel buildings will be made from seven layers of glass to deflect the immediate noise from the airport.

And, of course, the existing TWA Flight Center will be renovated and brought back to life.

Since the flight center building has been closed for so long, it suffered from asbestos, and its windows were cracking; workers have removed the asbestos and will replace all 486 windows.

To build the new hotel buildings, construction workers had to dig up the old drains and move them around.

“The land was there [for the new buildings], but there were a bunch of storm drains going through it, so we actually had to do quite a bit of work to clear the site so we could dig the holes and put the foundations in,” Morse said.

Below-grade workers are constructing a 1,500-person conference center with 22-foot ceilings, which will hold corporate events, weddings, bar and bat mitzvahs (there will be a kosher kitchen) and other events year round.

The development is complex to say the least. MCR and JetBlue have to deal with 22 government agencies and 14 preservationist groups. Overall, the project is expected to create 3,700 jobs, including construction workers, 1,000 of which will be permanent employment.

The TWA Flight Center will house seven restaurants and a food hall with 12 vendors, and six bars. (One of the eateries will be inside of an old TWA Lockheed Constellation plane that will be parked near the TWA Flight Center.) There’ll also be a 10,000-square-foot fitness facility and a 10,000-square-foot observation deck that can up to 350 people.

Aside from travelers looking for a trip back in time, Morse pointed out that they hope to attract 10,000 people a day to the hotel and the TWA Flight Center. Some from the 165,000 daily passengers who commute through JFK as well as a portion of the 40,000 people employed at the airport.