Toys ‘R’ Us’ Potential Bankruptcy Threatens $3.6B in CMBS

Even if the retailer doesn’t file for bankruptcy protection, Morningstar analysts believe the company could still close stores with upcoming lease expirations. 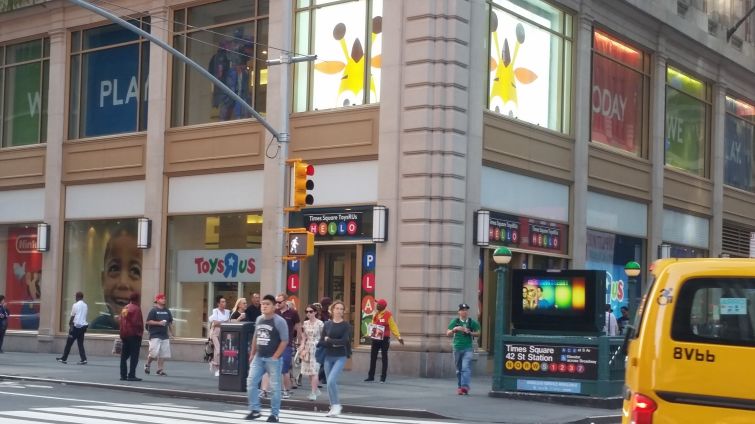 If Toys “R” Us chooses to file for bankruptcy protection as a means of unburdening itself from its significant debt, the retailer could place $3.6 billion in commercial mortgage-backed securities loans at risk, according to a report by Morningstar Credit Ratings today.

The toy retailer has reportedly hired law firm Kirkland & Ellis to restructure approximately $400 million in revolving and long-term debt due in 2018, which may result in the the bankruptcy filing.

Last week, a Toys “R” Us spokeswoman told Commercial Observer that the retailer is currently “evaluating a range of alternatives to address our 2018 debt maturities,” and would provide an update on those activities during its second-quarter earnings call on Sept. 26.

Even if the retailer doesn’t file for bankruptcy protection, Morningstar analysts believe the company could still close stores with upcoming lease expirations. The rating agency identified 11 properties securing $327.2 million in loans that are most at risk due to leases expiring before the end of 2018.

Many of the Toys “R” Us collateral properties in CMBS deals are in strong markets, with the loans conservatively underwritten—therefore the risk of default is generally low, Morningstar analysts wrote. But not all loans will escape unscathed.

Two of the largest CMBS loans in particular have compensating factors in their favor, should Toys “R” Us file.The $507.6 million loan securitized in the Goldman Sachs/ Bank of America-sponsored TRU 2016-TOYS deal is the CMBS loan with the largest exposure. Although it is backed by a portfolio of 123 Toys “R” Us and Babies “R” Us stores, the stores’ geographic diversity and low loan-to value ratio (53 percent) significantly mitigate loan default risk.

The $380 million Bronx Terminal Market loan is one of the largest loans backed by a Toys “R” Us location outside of the TRU 2016-TOYS deal. The 77,000-square-foot property represents 8.4 percent of the property’s gross leasable area, and its loan is split parri-passu across three Deutsche Bank-sponsored CMBS transactions: COMM 2014-CR17, COMM 2014-CR18 and COMM 2014-UBS3. The loan, however, has a strong debt service coverage ratio (DSCR) “which would remain well above break-even if the tenant vacates,” analysts wrote.

There are, however, certain loans that could present a problem if bankruptcy is the eventual outcome.

Two smaller CMBS loans appear to have the odds stacked against them. The first is the $85 million Louis Joliet Mall loan, which is backed by the Louis Joliet Mall in Joliet, Ill. and accounts for 8.8 percent of the UBSBB 2012-C2 deal. If that Toys “R” Us were to close, it would join other tenants who recently closed their doors at the location, including MC Sports, Tilted Kilt and the Family Christian Store. The mall is also vulnerable to decreased foot traffic with its underperforming non-collateral anchors, Sears, Carson’s and Macy’s.

The second loan that’s potentially in jeopardy is the Superstition Gateway loan, backed by the mall of the same name in Mesa, Ariz. Without Toys “R” Us, the DSCR for the $79.8 million loan would drop below break-even, increasing refinance risk at its maturity in November.

It’s not all doom and gloom though, in fact there is some holiday cheer in New York City. As previously reported by CO, the the toy retailer announced last month that it plans to open a 35,000-square-foot temporary holiday store at 1466 Broadway, also known as the Knickerbocker Building. The store at the corner of West 42nd Street and Broadway spans three levels (lower level and first and second floors), with an entrance on Broadway. The terms of the lease were not immediately clear. The store opened at the end of last month. A spokesman for the company said the lease would continue “through at least the 2017 holiday season.”