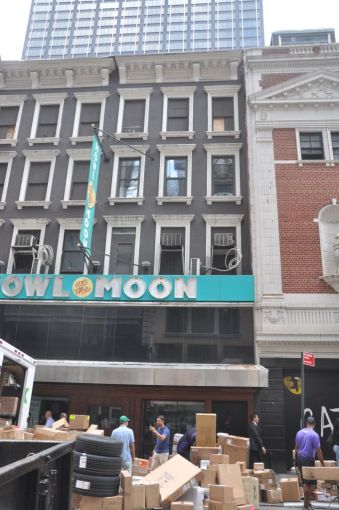 A new beer hall is taking over a five-story building in the Theater District.

The business signed a triple-net lease at an asking rent of $55,000 a month, according to Menkin, who declined to discuss the length of the lease. Menkin, who runs his own firm called Menkin Realty Services, handled both sides of the transaction.

The yet-to-be-named bar will serve an “affordable food menu,” said Menkin, who described the owner as a “well-established operator here in New York City.” He added, “These guys know how to create a very hospitable environment; they’ve done it before.”

Knickerbocker Social plans to dramatically renovate the building, with construction underway. When it opens in six months, the revamped space will have a bar and tables on the first floor, a horseshoe-shaped second-floor mezzanine with more seating, a kitchen and bathrooms, as well as a party room and offices on the remaining floors.

Before the beer hall, the property was filled by Howl at the Moon, a popular bar and live music chain with 17 locations around the country. But the piano bar didn’t even survive a year before it was forced to close last December.

“New York City did not receive their concept as well as they expected,” Menkin said. “The concept, while it has a unique character to it, was not unique enough, and I think they didn’t promote it enough.”

The deal was first reported by Real Estate Weekly.