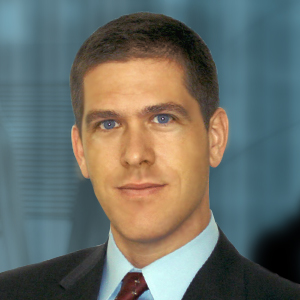 At a time when crowdfunding for real estate projects is becoming de rigueur, there’s a new competitor in the mix—and it means business. Tel Aviv-based iintoo (yes, that’s how the company name is stylized) launched its U.S. operations in May and has been busy sourcing high-yielding real estate opportunities for investors since. To date, iintoo has raised $96 million for 33 projects—primarily multifamily projects in the U.S., although it has also funded two U.K. projects. The firm differentiates itself from its peers with its hands-on approach to deals for the life of an investment, from cradle to grave.

Jeff Holzmann: I was born and raised in the U.S., but I spent almost 20 years living in Israel. I moved there as a child, went to school there and spent time in the military. Many years later, when I returned to the U.S., I found myself at this very unique junction—being American but with Israeli citizenship, speaking both languages fluently and understanding both cultures.

I was the chief executive officer of a venture capital fund [Genius Technologies] for a while, but my specialty was always in tech. So, before iintoo I worked for a publicly traded internet company [IncrediMail] and started its operations in the U.S. It was a sizable operation with 120 employees, but the first branch was in my home. The office number was my home number.

How did the iintoo opportunity materialize?

Iintoo approached me about a year ago. They were looking for someone with my experience in capital markets and in senior management roles who knew the Israeli culture and could bridge the cultural gap, if you will. Iintoo has been very successful in Israel but is now branching out to the U.S. where the model is different, the competitive landscape is different and the regulatory environment is different. Things you are allowed to do in Israel [from a regulatory perspective] you aren’t allowed to do in the U.S., and vice versa.

How would you describe iintoo?

Iintoo is a REIMCO—a real estate investment management company. The average person in the U.S. throughout American history never really had access to investments in commercial-grade real estate. Sure, if you’re a wealthy guy maybe, you own your home; if you make a lot of money, maybe you own a second home as an investment. But you’re not a real estate mogul. I used to use [Donald] Trump as an example—now that he’s president it’s different—but you see his name on high-rise buildings, and you’re simply not at that level in the big leagues.

In 2012, the JOBS act changed things by allowing [crowdfunding] companies like iintoo to do general solicitation. Crowdfunding platforms take a little money from you, a little money from her and group it all together into a sizable multimillion-dollar position in properties—but that’s where the story ends for so many other firms. Iintoo takes it a step further, and that’s why we describe it as a REIMCO.

We manage the investment from start to finish and are very hands-on. For example, I ask developers [whose projects are being funded] for access to the bank account for the management company for the property. I want to know where every dollar goes. If they think that’s too harsh, that’s okay; we don’t have to work together. But I want it. And I want their social security number to do a background check. Because we provide 95 percent of the funds that they need, I can afford to require these things. Everything has to be legit, it has to be transparent and so you have to give me access like a real partner.

What kind of deals are your investors participating in?

The deals that we do are commercial grade and at least 40 units—so for example, mixed-use assets that are retail on the bottom and residential [multifamily] on the top. The risk is spread out across multiple tenants. We vet the deals, and we underwrite them. We look at everything, and we guarantee the money.

God forbid, no! We’re certainly not guaranteeing returns. It’s the other side of the equation—when we meet a developer we’re guaranteeing investment in the project. And, as I said, we ask a lot from them in return.

What’s the duration of iintoo’s investments?

All of our deals are two to three years. So investors know that within that time they’ll get their money back.

Why such a short term?

We like the short term. We don’t know what’s going to happen in seven to 10 years. Markets are cyclical, it’s a lot easier to manage investments over two to three years.

How many U.S. deals do you have under your belt since May?

We have 33 deals, three of which went full cycle already. That means they made money while investors held them, and now they were sold, and the investors got paid back. Another one will sell this month. We’re currently averaging 14.5 percent returns per year, which is pretty stellar.

Has the investor appetite increased for crowdfunding opportunities?

The alternatives, or lack thereof. If you have some disposable income, where else can you get 15-percent-per-year-returns. This platform is not a get-rich-quick scheme; you won’t invest with iintoo and turn around next year and own all of New York City. But if you can afford to invest, this is a great alternative, and the risks are managed.

Is there a minimum investment?

Which asset types won’t you touch?

We don’t do the marijuana warehouses or operations. It’s completely legal in Colorado, so you have these properties that were warehouses before and are now logistics centers that could easily be worth tons—you could triple your money by investing in them, but you could also lose all of it if Trump decides to change the legislation and enforce closures. It’s too risky an investment. We like multifamily complexes because people have to live somewhere. We stay away from Class A buildings because if there is a downturn they get hit first. We’re like Class B buildings because if there is a contraction people move back into them, and if there’s an expansion, people in Class C buildings can move up.

How do developers perceive the crowdfunding model?

We find that they love it. As I said, we have a lot of demands that we make of them, so a lot of [developers] tell us no.

They invested in the company, and they own a lot of stock in it. We’re also located in [the same] building [at 800 Third Avenue]. Meridian has unbelievable deal flow that we have access to. They did $36 billion of financing last year alone.

What’s next on the agenda?

Global expansion. The traction we’ve had in the U.S has been great. Without a doubt the challenge is now adding even more countries. Every country is different, the competitive landscape is different and the culture is different.

You have a couple of U.K. properties: Did Brexit affect your interest there?

We wanted to have offices in the U.K. when it was part of the EU. But now with Brexit it’s no longer the case. There was also its effect on the British pound. Israeli investors made a double-digit return, but when you factor in the currency conversion, they didn’t make that much. The smartest thing is to find another development in the U.K. for them to roll their funds back into. when those investments end.