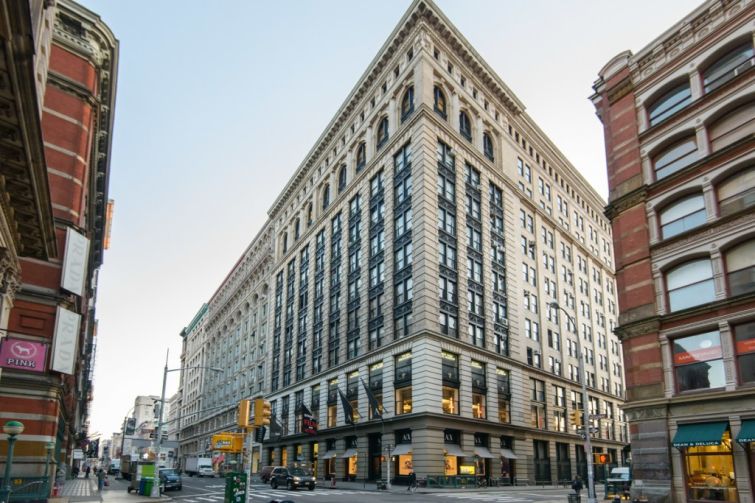 Digital media company Group Nine Media is more than doubling its Manhattan office footprint after agreeing to a 60,000-square-foot expansion at 568 Broadway that takes its total space at the Soho office building to roughly 100,000 square feet.

In addition, Group Nine agreed to a five-year extension on its 40,000-square-foot lease at the 12-story, 305,000-square-foot property between Houston and Prince Streets, according to Crain’s New York Business, which first reported news of the deal. Group Nine occupies portions of the fourth through sixth floors while and will soon assume the entire 10th and 11th floors at 568 Broadway.

Asking rent in the expansion was $85 per square foot. Derrick Ades, Tim Dempsey, Ben Fastenberg and Cara Chayet of CBRE represented the tenant, while a JLL team led by Steven Bauer and Howard Hersch represented the landlord, a partnership between Allied Partners and Aurora Capital Associates. A spokeswoman for CBRE confirmed the deal, but declined to comment, and a spokesman for JLL did not provide comment.

Group Nine—whose portfolio of online media brands includes Thrillist, NowThis, The Dodo and Seeker—plans to use the additional space to consolidate the likes of The Dodo, which has space nearby at 100 Crosby Street, at 568 Broadway. Thrillist has occupied space at the property for more than a decade and started its tenancy at the building with roughly 3,000 square feet, Bonnie Shapiro, Allied Partners’ director of commercial leasing, told Crain’s.

Shapiro said the landlord has undertaken “extensive capital improvements” at 568 Broadway in recent years in an attempt to retain and attract tenants, including plans to invest several million dollars to renovate the lobby. Group Nine will receive a private elevator as part of the improvements.

Group Nine was only formed last October as an umbrella company designed to bring the various media brands, led by Chief Executive Officer Ben Lerer, together under one entity. The merger was announced simultaneously as a $100 million investment in the company by Discovery Communications, which has a 35 percent ownership stake in Group Nine.

Other tenants at 568 Broadway include Zocdoc, Foursquare and ground-floor retail tenant Forever 21.