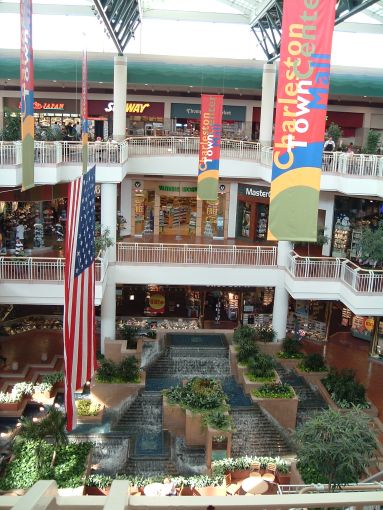 The $93 million loan backed by the Charleston Town Center Mall in Charleston, W. Va., has been sent to special servicing, according to an alert yesterday from Fitch Ratings.

The 10-year term loan, which carries a fixed rate of 5.6 percent, had a securitized balance of $100 million, was originated by Morgan Stanley in September 2007 and was transferred to special servicer C-III Asset Management LLC on Tuesday due to imminent maturity default. It comprises nearly a quarter of the $392 million BSCMS 2007-T28 commercial mortgage-backed securities transaction—originally sponsored by the now defunct Bear Stearns.

In April, Sears—previously one of the mall’s largest non-collateral anchor tenants, occupying 179,199 square feet of space—closed its doors. Subsequently, the loan was marked as a “loan of concern” by Kroll Bond Rating Agency over heightened concerns about the fates of the location’s two remaining non-collateral anchor tenants, Macy’s and J.C. Penney, each occupying 118,864 and 121,517 square feet, respectively, according to information provided by Trepp.

The loan was then put on the servicer watchlist in June, and in July—as the loan neared it’s September 8, 2017 maturation date—the borrower claimed it was “making changes to the partnership, which they expect to complete concurrently with the loan maturity date” and anticipated it would have the wherewithal to be able to pay off the loan on time, watchlist commentary provided by Trepp shows.

Jeff Linton, a spokesman for Forest City Realty Trust, the property’s sponsor, said in an email statement: “As previously announced, Charleston Town Center is in the midst of restructuring their partnership.  Concurrent with those changes, ownership is evaluating the most efficient way to handle financing for the project.” Linton went on to say that the mall will continue to operate as usual.

This marks the loan’s first trip to special servicing.