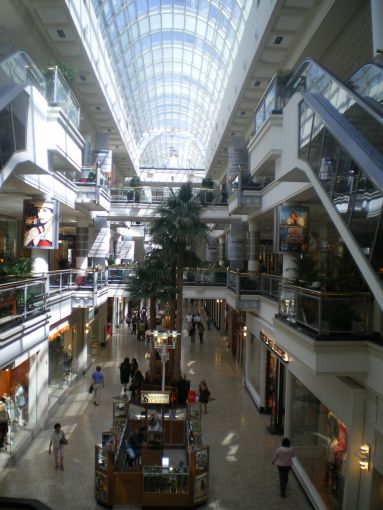 A $142 million commercial mortgage-backed securities loan backed by Westside Pavilion, a sprawling West Los Angeles mall, has been sent to special servicing, according to an alert from Trepp.

The loan was transferred to special servicer Rialto Capital Advisors due to imminent monetary default.

The 10-year-term loan, which carries a rate of 4.47 percent, was originated by Wells Fargo in September 2012 and had a securitized balance of $150 million. The note comprises just under 13 percent of the roughly $700 million WFCM 2012-LC5, Wells Fargo-sponsored mortgage backed securities transaction. This marks the loans first trip to special servicing.

The future health of the three-story, 766,608-square-foot mall, located at 10800 West Pico Blvd., in a suburb of Los Angeles, came under question in August after its debt service coverage ratio fell below 1.10x as it faced hurdles with lease terminations as well as fulfilling financial obligations. Its tenant occupancy has fallen roughly 20 percent from nearly full occupancy since the loan was underwritten and originated, according to information from Trepp.

In February 2017, one of the mall’s largest anchor tenants, Macy’s, sold its owned, anchor store to Los Angeles-based real estate investment firm GPI Cos. for $50 million. The sale occurred as the department store was advancing its plans to close around 100 retail locations nationwide, according to a report in the Los Angeles Business Journal. At the time, Macy’s was also planning to expand its operations at Los Angeles’ Westfield Century City mall, located just a few miles from Westside Pavilion, after the mall completed its planned $800 million in renovations, according to the report.

Westside Pavilion’s largest anchor, Nordstrom occupies 138,128 square feet—or just over 25 percent of the building’s space—on a lease that’s set to expire in 2035. The retailer is expected to relocate to Westfield Century City in October 2017, according to servicer commentary provided by Trepp.

“The property performance has been trending downward primarily due to the loss of income,” according to the commentary. “Lease terminations and amendments have combined with the loss of Macy’s to reduce revenues over the past year. Definitive plans for the Nordstrom and Macy’s space and the mall property, generally, are not yet known. Excluding Macy’s, Macy’s Home Store, Nordstrom’s and Landmark Theatres, the inline space is 77 percent occupied. It’s anticipated further deteriorating in income will occur throughout the remainder of 2017.”

Built in 1985, the mall features two community rooms for use by the locals and community organizations, free three-hour parking, a parking guidance system and a controlled parking program. The parking systems feature a red and green light system that pinpoints available parking spaces with a green light. The property also features an SMS text, ticketless valet parking system that allows visitors to simply text to request their vehicle.

Officials from the mall’s owner and operator Macerich did not immediately return a request for comment.