With Restaurant Jobs Surging, Why Are Applebee’s and IHOP Stumbling? 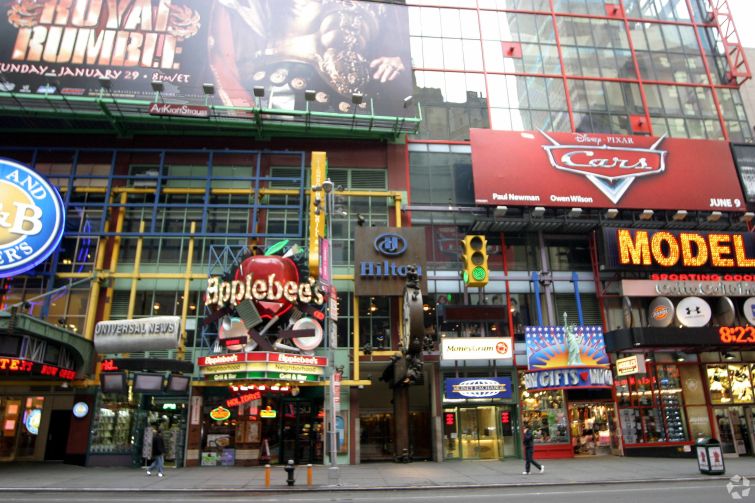 Within one week, there came two seemingly contradictory pieces of news: One was that restaurant jobs, including those at fast-food joints, are booming, and the other was that midlevel chain restaurants Applebee’s and IHOP will close at least 125 “poorly performing” locations this year.

But the two sentiments—that restaurant employment is booming while two sit-down chain restaurants are closing more than 100 locations—are not actually so antithetical. The first reflects a general trend that “the restaurant industry is growing significantly,” as RKF’s Jeremy Ezra said. The second speaks to the softness surrounding “moderate-priced full-service dining,” added the broker, who represents fast-food chain Chick-fil-A in Manhattan.

With more and more people dining out, restaurant employment is going strong.

The Atlantic published an article citing data from the Bureau of Labor Statistics indicating that restaurant employment is soaring above all other sectors with fast-food service jobs composing 37 percent of the category. According to 2017 BLS data through the end of July, “food services and drinking places have added an average 30,000 jobs per month, above the average monthly gain of 23,000 in 2016. Limited-service restaurants led the job gains in July.”

Two days later, DineEquity, the parent company of Applebee’s and IHOP, announced that, by the end of this year, it will have closed between 105 and 135 Applebee’s stores and 20 to 25 IHOPs. While the opening of some new Applebee’s and IHOPs will help offset the closures, the closing figures are greater than DineEquity’s previously expected 40 to 60 Applebee’s locations and 18 IHOPs.

Brand specialist Kate Newlin of Kate Newlin Consulting ticked off a number of reasons for the closure of a series of the family-dining brands’ locations. They are, in her words, “brands trapped in the middle.”

Legitimate fast-food joints remain a popular option for people looking for cheap and easy meals, “but rare is the client hoping to be taken to an Applebee’s,” Newlin said. “[It’s] not really a big date-night destination although they have tried to market to the after-work crowd…They have also tried to make it easy to order for pick-up rather than eat-in.”

Occupying such big footprints, the franchisees or licensees of the eateries have big rents to pay while contending with minimum wage increases, “changes in our fried food consumption patterns [and] calorie counts on the laminated menu,” Newlin said.

And if restaurants fail to evolve, they face extinction.

“There’s nothing unique or new about food retail dinosaurs like IHOP or Applebee’s, who for whatever reason haven’t changed or adjusted their ‘core’ to reflect new and exciting trends in eating, [whether it be] healthy or tasty concepts,” said John Brod of ABS Partners Real Estate.

“People nowadays have become increasingly health-conscious and demand better service,” said James Famularo of Eastern Consolidated. “The days of sugar-filled, carb-infused food is history. If a restaurateur can’t figure it out, they will go out of business. Restaurants like Sweetgreen, Chop’t, Dig Inn, Just Salad and Le Pain Quotidien seem to be the more popular choices.”

Then there’s the perceived lack of authenticity at the moderately priced sit-down chain restaurants.

“Consumers are seeking experiences that are emotionally fulfilling as well as Instagrammable,” said Kate Ancketill, the chief executive officer of retail consultancy GDR Creative Intelligence. And with access to online reviews and ratings, “we can afford to eat somewhere different every single week without ever risking a dud, so it’s easy to see why the local staple might suffer.”

When they are not relying on Seamless or meal kits, Harrison Abramowitz of Newmark Knight Frank said millennials like him are eating out at new and interesting places.

Abramowitz, who is the exclusive broker for Arby’s in Manhattan and the preferred broker for Wendy’s in the borough, said of Applebee’s and IHOP, “These stores that are closing now are tired concepts. They’ve been around forever now.”

Applebee’s and IHOP likely “overbuilt based on revenue growth from franchisee expansion,” Newlin said. “Their traffic is probably down wherever mall traffic is down. [Chains and malls have the] same problem: lack of traffic due to change in shopping behaviors, decline in anchor stores and dietary changes.”

Explaining the closures, DineEquity Chairman and Interim Chief Executive Officer Richard J. Dahl said in the company’s second-quarter earnings call, “We are long overdue on rationalizing the size of our system and closing poorly performing restaurants.”

John C. Cywinski, the president of Applebee’s, explained the brand’s missteps during the call.

“Over the past few years, the brand set out to reposition or reinvent Applebee’s as a modern bar and grill in overt pursuit of a more youthful and affluent demographic with a more independent or even sophisticated dining mindset, including a clear pendulum swing toward millennials,” Cywinski said. “From my perspective, this pursuit led to decisions that created confusion among core guests as Applebee’s intentionally drifted from its, what I’ll call, its ‘middle-America’ roots and its abundant value positioning. Well, we certainly hope to extend our reach; we can’t alienate boomers or GenXers in the process. Much of what we are currently unwinding at the moment is related to this defensive repositioning.”

Darren M. Rebelez, the president of IHOP Business Unit, said of the brand during the earnings call, “IHOP remains on solid ground as we continue to execute our strategy, including developing off-premise occasions, enhancing the guest experience, remodeling restaurants and technology and expanding our innovative culinary pipeline.”

Being so closely tied to, and limited by, their bread-and-butter business hurts the big-box-type chains, often run on a franchise basis. And, to make it these days, chains need to offer a lot more.

“Many successful chains today are bona fide lifestyle brands selling all kinds of services, from recipes to fashion tie-ins to YouTube videos and so on,” Ancketill said.

A DineEquity spokesman said there is no formal list of locations slated to close, but for both brands, some of those on the chopping block have already met their demise. So far this year, 57 Applebee’s and 17 IHOPs have closed, none of which were in New York City, he said. He described the closures as a “normal course of business” rather than some mass exodus. Meanwhile, Applebee’s franchisees will develop between 20 and 30 new restaurants globally, and IHOP franchisees and area licensees will open between 80 and 95 restaurants globally.

Not all retail experts think the Applebee’s and IHOP closures portend some major issue with DineEquity’s brands.

Retail broker Andrew Mandell of Ripco Real Estate said, considering the number of Applebee’s and IHOPs that are open (more than 3,700 between the two brands), closing 100-something actually means “on some level the company is succeeding, [because] if not, you’d be hearing about a lot more.”