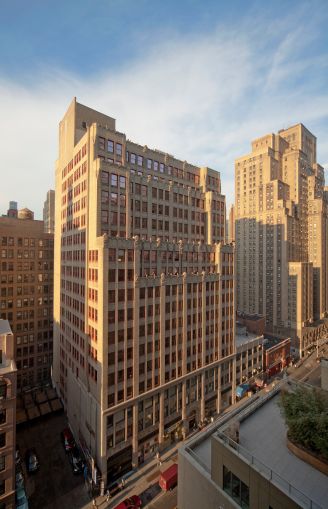 The NPD Group has completed a 17,712-square-foot lease at Vanbarton Group’s 132 West 31st Street to grow its presence at the building, which is also known as 31 Penn Plaza, Commercial Observer has learned.

The company—a global market research firm—will occupy the entire penthouse on the 18th floor and a portion of the 17th floor of the property between Seventh Avenue and Avenue of the Americas.

The Port Washington, N.Y.-based firm had 12,456 square feet on the fourth floor of the building, according to CoStar Group, before signing the new deal. The NPD Group also has more than 25 offices around the globe.

“The NPD Group was looking to expand its Manhattan operations to better accommodate its shifting and growing client base and workforce,” Adam McCostlin of Cushman & Wakefield, who handled the deal with colleagues Chris Wood, David Mainthow, Jonathan Schindler and Aron Schreier, said in a statement. “These new facilities enable the company to enhance both its employee and client engagement as the space’s buildout and rooftop deck uniquely fit the NPD culture.”

The asking rent and length of the transaction were not immediately clear, but in a deal in December for space on the 13th floor of the property involving tenant Credit Junction, the asking rent was $65 per square foot, CoStar data indicates.

The building, which totals 440,000 square feet, recently underwent a $25 million capital improvement program which included a newly renovated entrance, lobby and façade with additional upgrades to the elevators, roof, bathrooms and common areas.

“We are excited to be able to accommodate NPD’s expanding space needs into the newly built penthouse,” Astrachan said in prepared remarks.