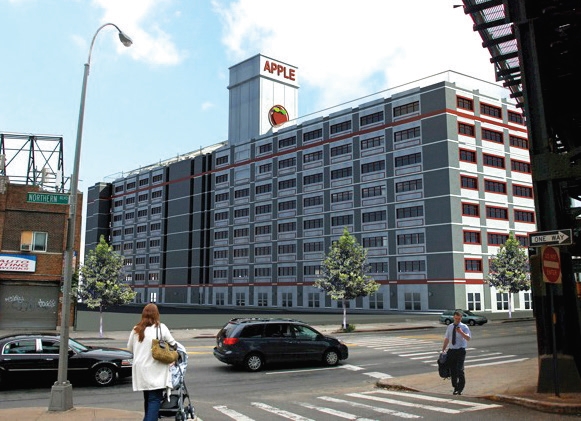 Global fitness brand Powerhouse Gym has signed a 10-year lease for 10,323 square feet on the first floor at Alma Realty Corp.’s 30-30 Northern Boulevard in Long Island City, Commercial Observer has learned. This will be the 40-plus-year-old company’s first location in the Queens neighborhood and its third in New York City.

“The demand for this type of retail shows that Long Island City is attracting a healthy living residential population to go along with the growing office space market,” Peter Kosteas of Alma Realty Corp. said in prepared remarks. “Such amenities are what brings people to the neighborhood, fueling the local economy and attracting even more investment.”

The building at 30-30 Northern Boulevard, known as the Apple Building, is between 40th Avenue and 40th Road. It rises eight stories and comprises 213,000 square feet. The asking rent in the Powerhouse Gym transaction was $50 per square foot, according to a spokesman for Cushman & Wakefield, who said the new location will open in the late fall. Property manager Charles H. Greenthal Property Sales signed a 15,303-square-foot deal in the building in June, as CO reported at the time.

Grotto said in a statement: “Combined with the lower rents and available economic incentives, Long Island City has become an escape valve for tenants seeking ‘cool’ space without paying the premium of being in Manhattan.”

Powerhouse has 300 licensees in 39 states and is in 17 different countries. In New York City, there is a location in Flushing, Queens and one in Rossville, Staten Island.