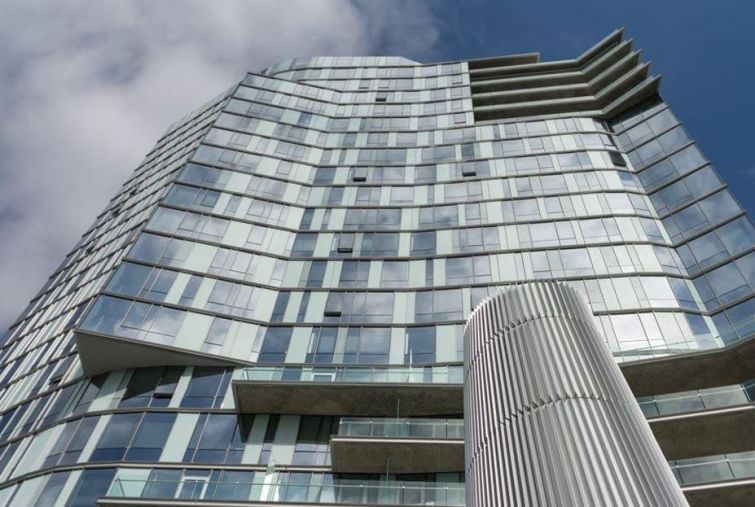 The borrower, Soma Towers DE LLC, is led by principals John and Shiang Wen Su of Su Developments. The duo developed the property in 2016 and secured the eight-year loan this month.

“Our partnership with Freddie Mac was crucial to the success of the structuring of this loan,” said Jeffrey Ballaine, a vice president in Hunt Mortgage’s Seattle office. “[Freddie Mac’s] Brendan McBreen and Laura Maynard worked tirelessly with our team and their effort really made the difference in getting this done.”

Seattle, Wash.-based DSC Capital brokered the loan for the property, Soma Tower Phase II—the second half of a two-phase multifamily development.  According to details of the deal presented on DSC’s website, the borrower was able to use equity from a previous bridge loan to close a construction loan for Phase II, thereby commencing construction nine months sooner than if it had waited for its Phase I to stabilize.

“[We] worked collectively with our lender partners to provide a financing solution that provided the borrower with the financing necessary to retire his construction loan in a timely manner,” McBreen, who is a production manager at Freddie Mac, told the Commercial Observer. “The structure of this transaction protects Freddie Mac from the stabilization risk, just as our securitization model protects the taxpayer from the first-loss risk.”

Soma Tower Phase II is a high-rise Class A mixed-use property, situated on 0.44 acres of land. The 18-story building comprises 15 stories of residential space as well as three stories of commercial space.

“Soma Towers Phase II is in excellent condition, had great curb appeal, is the newest property in the submarket, and provides a competitive amenity package,” Ballaine said. “The borrower is a quality local investor that has been developing and building multi-family properties in the Puget Sound area since 1981.”

The tower’s residential section contains studio and one- and two-bedroom units ranging from 433 square feet to 1,107 square feet. Monthly rents range from $1,695 to $3,785, according to information from Apartments.com.

The property’s amenities include a media room, a fitness center, men’s and women’s locker rooms, a swimming pool and spa as well as a dog wash. Residents also have access to the amenities in Soma Tower Phase I, including a golf simulator, a business room, a clubhouse and a top-floor amenity room which can be leased for events. Additionally, Phase II  offers 369 parking spaces in a subterranean parking garage.

And as evidenced by Freddie Mac’s enthusiastic involvement in the deal, McBreen, who said he was first onsite three years ago—before Phase II was even erected—and has also toured the location several times since then, said they’re not ready to slow down in the region.

“We see ample opportunity for future involvement in the area, so much so that we opened a regional satellite office in 2016,” McBreen said. “Without question, this is an area to which we’re paying close attention. We’ve got boots on the ground and our fingers on the pulse of the region.”

An official at Hunt Mortgage did not immediately respond to a request for comment.

This story has been updated to include comments from Brendan McBreen.