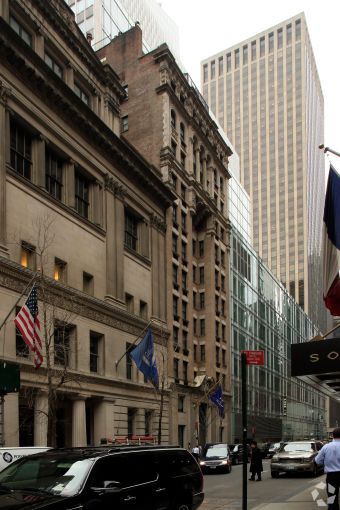 Highgate and Rockpoint Group have nabbed a $36.4 million acquisition loan from Deutsche Bank for the 168-room Royalton Hotel in Midtown, Commercial Observer can first report.

The joint venture has purchased the hotel at 44 West 44th Street between Fifth and Sixth Avenues from FelCor Lodging Trust for $55 million, according to JLL which brokered the deal. Further details on the transaction were not immediately available.

“FelCor will use net proceeds to repay borrowings under its line of credit,” according to a news release from the company about the sale on Aug. 1. A spokeswoman for FelCor declined to comment regarding further details on the borrowings.

The sale was at a discount to what FelCor, a real estate investment trust (REIT) that focuses on hotels in large urban areas, paid to acquire the property six years ago. The REIT purchased the 16-story building from Morgans Hotel Group in May 2011 for $81 million.

Deutsche Bank was also the previous lender on the property, providing a $41 million loan to FelCor in May 2011 which was consolidated with $90 million in previous debt to make a $131 million loan. City property records indicate that this debt was satisfied in May 2015.

JLL’s Jeffrey Davis, Gilda Perez-Alvarado and Michael Reiss negotiated the sale for the seller, while a separate JLL duo, Kevin Davis and Matt Nowaczyk, handled the financing for the buyer. The brokers declined to comment about the sale or financing transaction via a spokeswoman.

The hotel has a full-service restaurant and bar and an array of additional amenities, including a fitness center and a business center.

Neither Rockpoint or Highgate immediately returned a request for comment, and a spokesman for Deutsche Bank declined to comment.

In April, FelCor announced that it would merge with RLJ Lodging Trust to create a company valued at $7 billion with 160 hotels in 26 states.  Then in July, FelCor sold the 117-room Morgans New York hotel at 237 Madison Avenue for $37 million, according to a news release at the time.