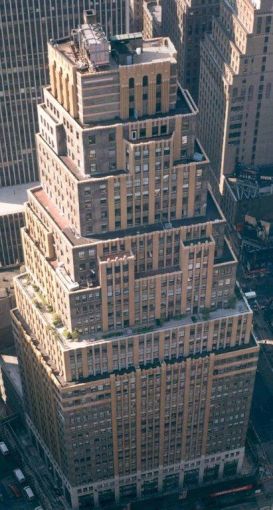 Champs Sports, a division of Foot Locker, is moving its flagship store to 10 Times Square, also known as 1441 Broadway.

The sportswear retailer has signed a lease for a two-level store at Lechar Realty’s 38-story, 550,000-square-foot office building at Broadway and West 41st Street, according to JLL. While the brokerage declined to provide the square footage, The New York Post, which first reported news of the deal, speculates it is 2,414 square feet on the ground and 9,687 square feet on the second floor.

The company will be moving from 5 Times Square on Seventh Avenue between West 41st and West 42nd Streets.

“Champs Sports is moving its flagship store into a far larger and much more visible location,” Gibson said in a news release.

Steve Anderson, the chief executive officer of Lechar Realty, noted in prepared remarks: “The building is in the final stages of a major renovation that includes a new curtain wall on the lower floors, nearly 46,000 square feet of prime retail space, and a new state-of-the-art office lobby to be unveiled in the coming months.”

JLL declined to provide any further details about the deal. Finkelstein declined to comment.