Burlington and Marshall’s Plan New Stores in the South Bronx 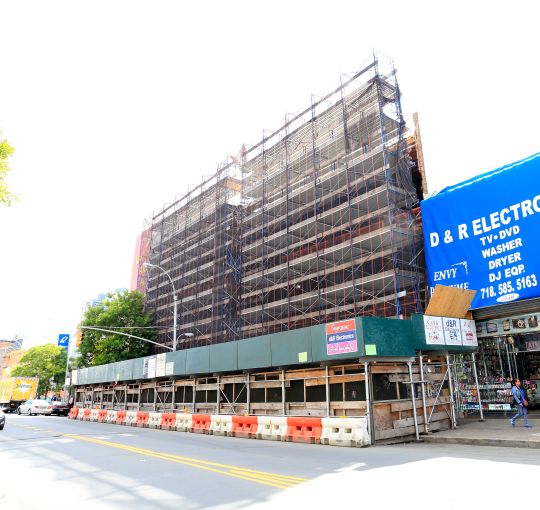 Burlington Coat Factory (now known as Burlington) and Marshall’s are taking the South Bronx by storm.

The two discount clothing retailers will open new stores early next year at 2948 Third Avenue, in a growing commercial swath of Melrose known as the Hub, landlord Alex Adjmi confirmed to Commercial Observer. Burlington will occupy 55,000 square feet, and Marshall’s will take 25,000 square feet, as The Real Deal was the first to report.

Adjmi and partner Bobby Cayre are currently renovating and expanding the four-story, 120,000-square-foot retail property between East 152nd and East 153rd Streets. Construction is set to finish by the end of the year, Adjmi said.

Adjmi wouldn’t elaborate on the terms of either lease, except to say that Burlington’s lease is “longer than 10 years.”

The Hub stores will be the second South Bronx locations for both retailers, which have outposts in Bronx Terminal Market near Yankee Stadium.

Burlington, which has stores as large as 80,000 square feet, has been aiming for small-format locations in recent years. Chief Executive Officer Thomas Kingsbury said in an earnings call last year that the company hoped to open more stores in the 40,000- to 50,000-square-foot range, because they tended to be more profitable than the chain’s more traditional, sprawling ones. In fact, Burlington has shrunk its store at East River Plaza in East Harlem, where it’s marketing 55,000 square feet of its 80,000-square-foot retail space, according to a brochure from CNS.