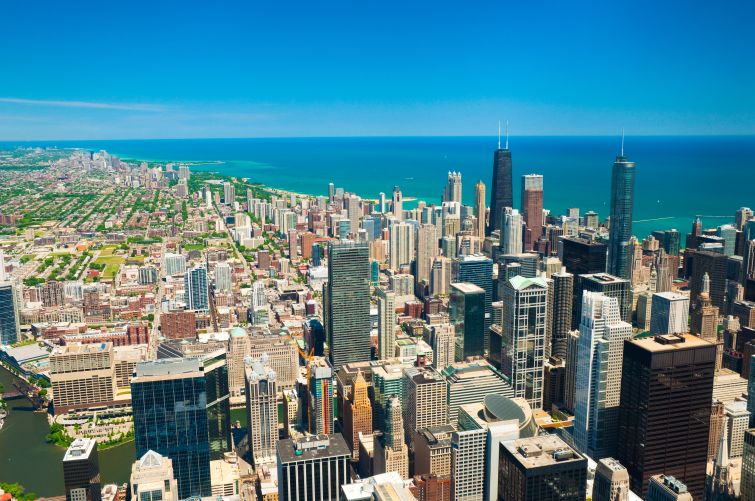 The $97.5 million loan backed by 550 West Jackson—an office property located near downtown Chicago—is in foreclosure, according to information provided by Trepp.

The foreclosure was initiated last month and the foreclosure sale is expected to occur before the end of this month, sources familiar with the asset told Commercial Observer. The loan, which comprises just over 19 percent of the collateral on the Bank of America-sponsored BACM 2008-1 commercial mortgage-backed securities transaction, was transferred to special servicer CWCapital Asset Management in March due to imminent monetary default after being faced with a challenge earlier this year to maintain tenants.

It’s tumbling occupancy, coupled with the departure of its former largest tenant in June—which couldn’t immediately be identified—left the borrower shouldered with a heavy burden. In April, the borrower filed a hardship letter, citing that upcoming property vacancies signaled potentially risky chances to refinance, as well as a pre-negotiation agreement to attempt to remedy the situation, according to deal commentary provided by Trepp.  As of July, the property was just at 61 percent occupancy, and it is projected to drop even further to 40 percent by the end of the year when two more tenants vacate.

“Releasing these vacancies will require significant capital and failure to proactively address the vacancy poses valuation and reputational risk in the highly competitive Chicago office market,” according to commentary from Trepp.

To make matters worse, its current largest tenant, SG Americas Securities LLC—currently occupying 144,207 square feet of space on a lease that is due to expire in August 2019, according to Trepp data—is planning to exercise an early termination option and vacate well before its lease expires.

The 18-story, 401,651-square-foot property is owned by The 601W Companies and is located at 550 West Jackson Blvd. The firm purchased the property in 2005 for $125 million—$116 million of which was debt—and refinanced the mortgage two years later, with $97.5 million being contributed into the CMBS deal. At the time of the refinance, the property was appraised for $139 million, according to a June article in Bisnow. The loan was set to mature on Sept.1.

The 601W Companies’ $124 million loan on the 42-story, 937,800-square-foot Metropolitan Square office skyscraper in Saint Louis, Mo. was sent to special servicing in June, as CO previously reported. It comprises 39 percent of the remaining collateral in the Wachovia Bank-sponsored WBCMT 2005-C21 securitization.

An official at The 601W Companies did not respond to a request for comment.