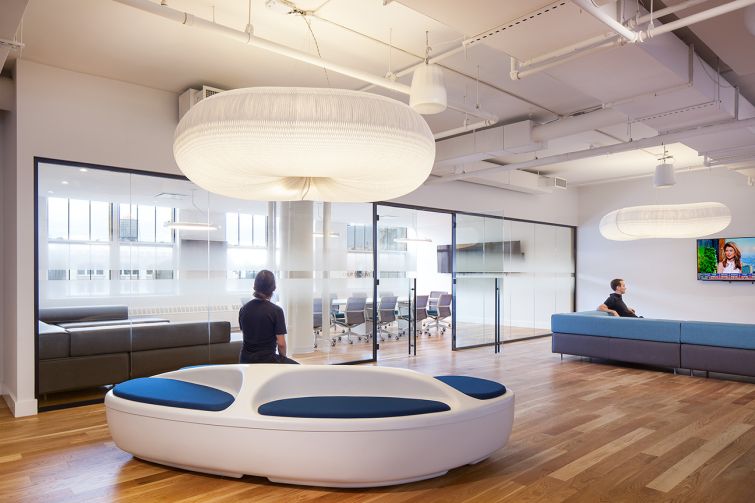 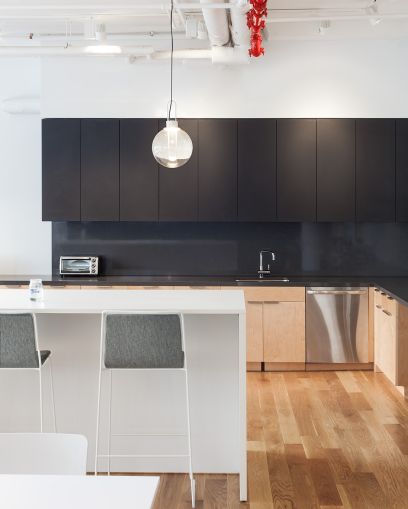 Grovo has a pantry on its 12th floor with black cabinets that employees can write on with chalk. Image: JIDK Liam La Guerre 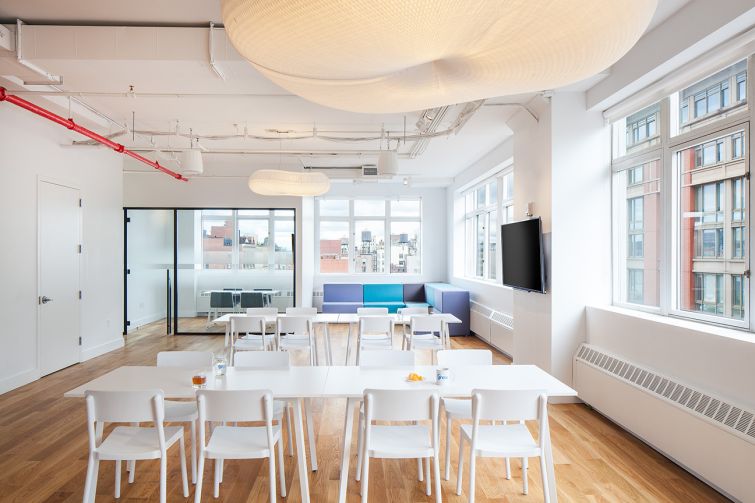 Wood floors grace the 12th floor over the brick ones on the sixth floor. Image: JIDK Liam La Guerre 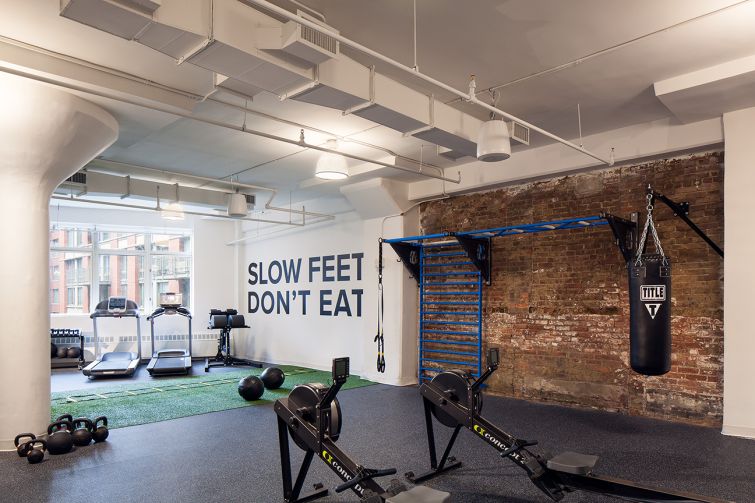 Grovo has a gym inside its offices. Image: JIDK Liam La Guerre 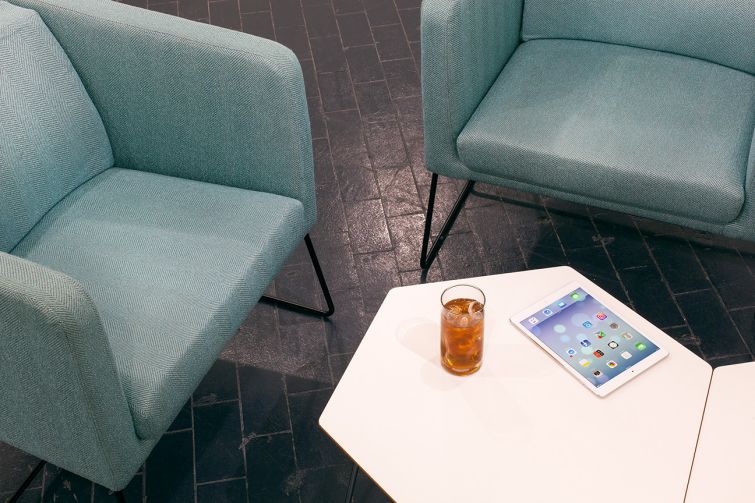 The red brick floors were sanded down and covered with a dark gray epoxy. Image: JIDK Liam La Guerre 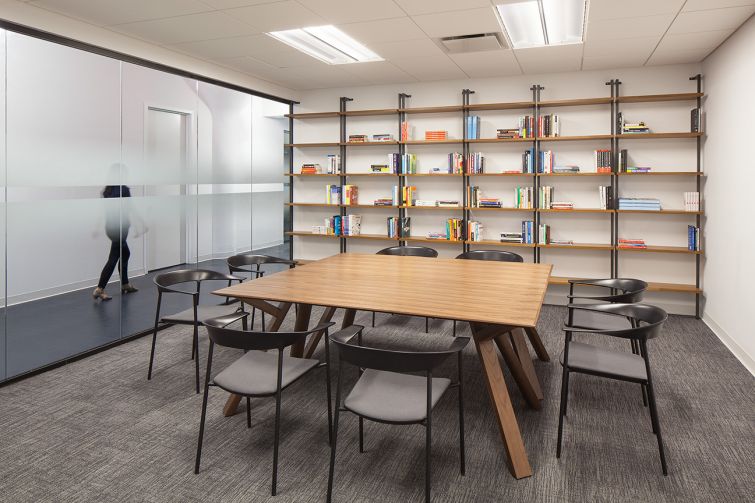 But red brick floors—as designer JIDK discovered when it began working on video tutorial provider Grovo’s new office space at 50 West 23rd Street between Fifth Avenue and Avenue of the Americas last year—is not as in demand. And for good reason. Office tables and chairs would be off-balance on the uneven surface.

“We tried sanding the brick [to level it], but it turned it pink,” Thomas Juncher Jensen, the principal of JIDK, told Commercial Observer. “It was a difficult color to work with.”

We forgot to mention the walls of the 24,000-square-foot sixth-floor space were outfitted in white titles (think of a brick-oven pizza shop being run out of a large bathroom). JIDK covered the titles with sheetrock and used a dark gray epoxy floor coating on the brick floors, which makes it look like asphalt roads. They also hide some parts of the brick floors with carpeting.

Last year Grovo leased 53,000 square feet on three floors—fifth, sixth and 12th floors—of the Flatiron District building owned by Two Trees Management Company, and it moved in this January. The 24,000-square-foot fifth floor has been white-boxed, but it will be subleased, according to Jensen. And employees at the company, which has more than 200 workers, have offices on sixth floor. And the 12th floor is more of a communal space.

One side of the sixth floor has workstations for the sales team and the other side is for software developers. This keeps the loud, gong-bashing, phone-calling sales staff away from the coders. (Yes, there’s a 3-foot gong.)

In the middle of the space there are conference rooms, a lounge with a Ping-Pong table, a quiet space that doubles as a library and a pantry with ample seating. Near the pantry is a 1,500-square-foot gym, equipped with dumbbells, three treadmills, monkey bars, a punching bag, rowing machines and locker rooms.

In a contrast to the working (and workout) spaces of the sixth floor, JIDK designed the 5,000-square-foot 12th floor to be a lounge for events and parties, or just a satellite space for employees to take a break. It features wood floors, which give it a more hospitable feel than brick, and a variety of sofas, tables and chairs that can be easily configured for various uses.

“It was meant to be the mingling space,” Jensen said. “It’s a multipurpose floor that [employees] had been asking for.”