PetSmart Opening Mini-Store on the UWS in 1,800-SF Deal 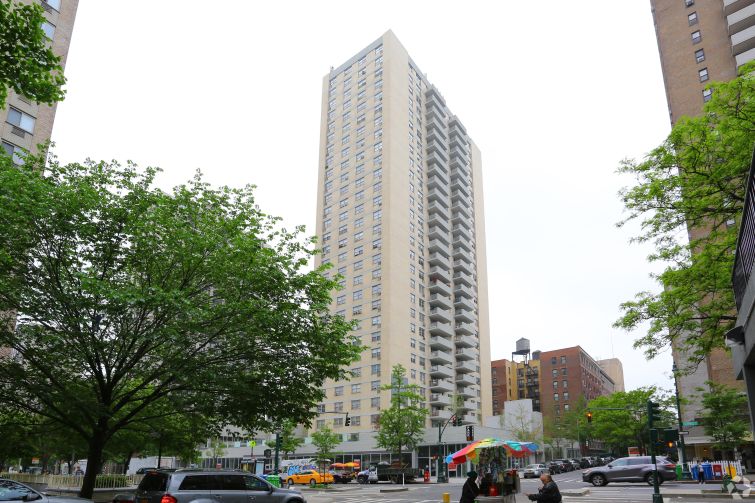 Following the trend of retailers downsizing during trying times for brick-and-mortar retail, PetSmart has signed an 1,820-square-foot lease at The Klein Group’s retail condominium at 670 Columbus Avenue, Commercial Observer has learned.

The store, which sells pets and pet food and other items for furry or feathery friends, will occupy a portion of the ground floor of the 30-story, 280-unit condo building between West 92nd and West 93rd Streets, according to Cushman & Wakefield. The retailer is planning to open a micro-version of its traditional 13,000- to 20,000-square foot stores, of which there are five active locations in the Big Apple. PetSmart expects the new store to open in October.

It is a new concept for PetSmart dedicated to a grooming services-only store format, which is why it is smaller than a typical store.

“This is new for us,” Mardi Larson, the senior director of public relations for PetSmart, said in a statement. “Grooming is important to pet parents and especially in urban markets like New York City, where dogs are typically smaller dogs, which can require more frequent grooming. This store format allows us to be conveniently located close to where pet parents live.”

“Seeing commercial growth [on] the Upper West Side is always exciting,” Podell said in prepared remarks. “With the high volume of residential units in the area, this site receives plenty of foot traffic and is a profitable location for neighborhood-serving businesses.”

The asking rent in the deal was $200 per square foot, Singer told CO, declining to provide the length of the lease. The space has 18-foot ceilings and 66 feet of frontage on Columbus Avenue. Pet Smart’s Manhattan locations outposts are at East River Plaza at 517 East 117th Street off the FDR Drive and 632 Broadway between Bleecker and East Houston Streets in Noho. It has two outlets in Brooklyn and one on Staten Island. Also, PetSmart signed a 16,280-square-foot lease at 10 Madison Square West in NoMad earlier this year.

The Klein Group, a New Jersey-based landlord, purchased the retail condo portion of the building in October 2015 for $60.5 million, according to CoStar Group. PetSmart completes the leasing of the retail portion of the property, which also includes a Party City, Trader Joe’s and a garage managed by Icon Parking.

“We could not be happier with the addition of PetSmart to a very special roster of tenants,” Peter Jacobsen, the director of leasing at The Klein Group, said in a statement.

Schuster and Segal did not return a request for comment via a spokesperson.