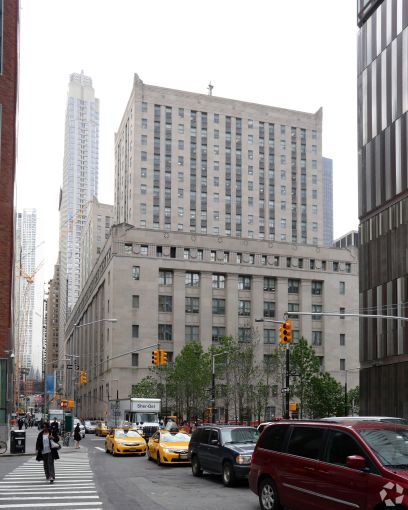 The New York City Housing Authority has agreed to renew a lease for its 461,000-square-foot offices at 90 Church Street, while renewing and expanding its digs in Long Island City, Queens.

The city agency, which manages 326 public housing projects comprising more than 400,000 residents around the five boroughs, will vacate its 359,000-square-foot headquarters at 250 Broadway by 2019 and move its employees to the Church Street location between Vesey and Barclay Streets.

It has signed the new deal for 20 years ending in 2039 at 90 Church Street, which is owned by the United States Postal Service, according to The Real Deal, which first reported news of the transaction.

The terms of the deal were not immediately clear.

NYCHA has also signed a 20-year renewal and expansion at 23-02 49th Avenue in LIC. There it will tack on 155,000 square feet to expand its current footprint from 440,000 square feet to more than 595,000 square feet, a spokeswoman for NYCHA told CO. The building is owned by investor Andrew Chung and Westbrook Partners.

NYCHA is paying about $9 per square foot under its current lease at the LIC building, which extends until 2020, according to a report from Crain’s New York Business earlier this year. The city agency uses the property for warehousing and office space.

The terms of the transaction were not immediately clear.

NYCHA oversees 176,066 apartments in 2,462 buildings throughout the five boroughs, according to its website. The average public housing family income is $24,336 and the average monthly rent is $509. In March, NYCHA Chairwoman Shola Olatoye announced the city agency is facing a $60 million budget deficit in 2017.