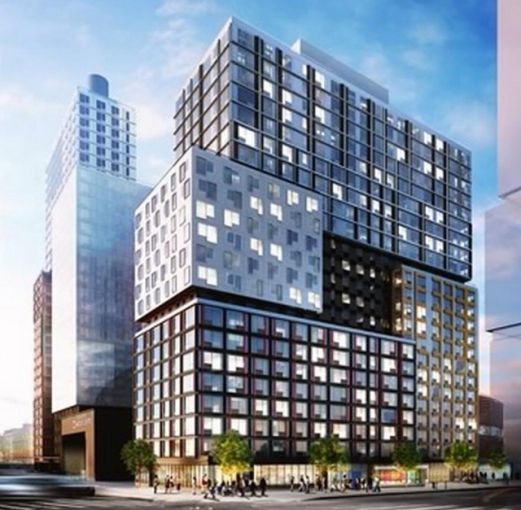 The 23-story affordable rental between Pacific and Dean Streets is currently being built by a joint venture of Greenland USA and Forest City Ratner Companies as part of the 6-million-square-foot Pacific Park Brooklyn development. The terms of the deal were not immediately clear.

Craig Berman and Michael Gasparino Jr. of Joseph P. Day Realty Corp. handled the deal for the the hospital, while Cushman & Wakefield’s Joseph Cirone, Mark Weiss and Helen Paul represented the landlord. Berman did not return requests for further information or comment, and nor did the C&W brokers via a spokesman.

The building at 38 Sixth Avenue, designed by SHoP Architects, will feature 303 affordable studios through three-bedroom apartments with prices ranging from $532 to $3,700 per month.

Amenities in the tower will include a fitness center, a children’s playroom, pet grooming services, a residents’ lounge, an outdoor terrace, a yoga studio, a game room, bike storage and laundry rooms. A spokeswoman for Forest City Ratner did not respond to inquiries seeking comment on the transaction.

New York-Presbyterian Brooklyn, which is a member of NewYork-Presbyterian Regional Hospital Network, has locations at 506 6th Street between Seventh and Eighth Avenues in Park Slope and 343 Fourth Avenue between 4th and 5th Streets in Gowanus, according to its website.

It wasn’t immediately clear if the hospital needs the new digs for just office or a mix of medical uses. A spokeswoman for the hospital only emailed, “we have no information on this.”