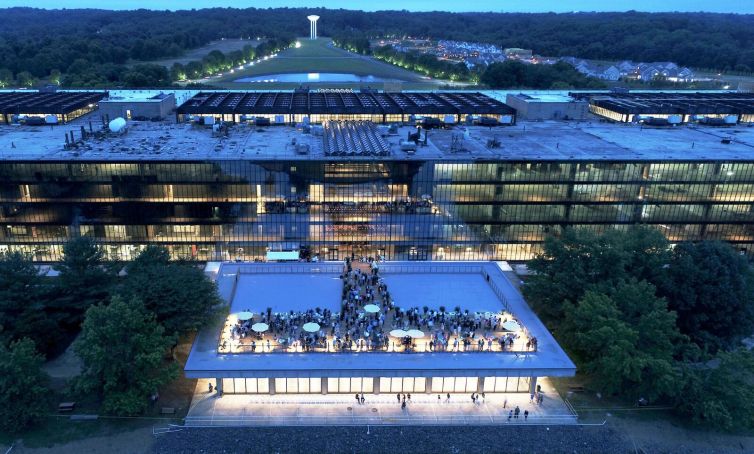 Somerset Development has nabbed a $70 million loan from Investors Bank for the repositioning of Bell Works, a 475-acre, 2-million-square-foot office campus in Holmdel, N.J., Commercial Observer can first report.

Meridian Capital Group negotiated the three-year debt, which has a prime-based floating rate and full-term interest-only payments.  The loan was structured like a construction loan in order to accommodate capital expenditures for upgrades and tenant improvements, sources familiar with the deal told CO.

Somerset Development purchased the site, formerly the Bell Labs research facility, from Alcatel-Lucent for $27 million in 2013, according to The New York Times.

Constructed in 1959, the complex was designed by modernist architect Eero Saarinen, and was the site of Nobel Prize-winning research, including physicist (and former U.S. Secretary of Energy) Steven Chu’s 1997 discoveries around laser-cooling technology.

The New Jersey-based developer intends to preserve the existing architecture while retrofitting and modernizing the building. When complete, the property will include dining, entertainment and health and wellness centers along with renovated office space, a conference center and a hotel. The site will also serve as a venue for art exhibitions and musical performances.

The total redevelopment cost is expected to be $100 million, according to an announcement from the developer at the time of the acquisition.

“Investors Bank is very excited to be a part of this transaction,” Joseph Orefice, the head of commercial real estate at Investors Bank, told CO today. “Not only does it represent our commitment to New Jersey and one of its office landmarks, it demonstrates our capacity to structure a transaction to meet our customers’ needs.”

Investors Bank was the lead lender on the deal, Orefice confirmed, with OceanFirst Bank also participating in the financing. Orefice declined to comment on the structure or terms of the loan.

“The building is an amazing facility that, unlike many [structures] of its vintage, is perfectly laid out to suit modern tenancy,” Orefice added. “Its Nobel Prize-winning roots with Bell Labs is well suited to today’s shared space and open collaborative offices. I see a lot of real estate, and this building is perhaps my favorite property.”

“Our agreement with Meridian further affirms our vision for the transformation of this once-underutilized gem into a ‘metroburb’—a metropolis in suburbia,” Ralph Zucker, the president of Somerset Development, said in prepared remarks. “With approximately 75 percent of the building’s office space already under lease agreement, it’s clear that there is immense enthusiasm in the market for this type of reinvented suburban asset.”

Ackerman said the property will serve as a benchmark for developers around the country. “Many have found it impossible to find the best use for underutilized suburban office campuses, but Somerset recognized Bell Works’ full potential and designed a phenomenal improvement plan,” he noted.