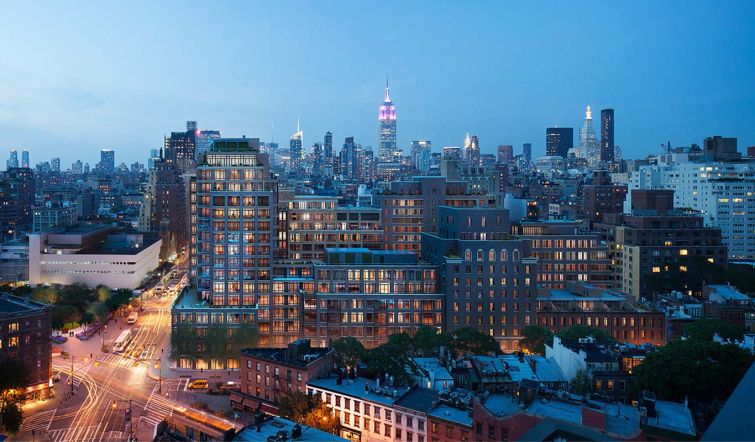 Northwell Health has leased 22,000 square feet on the second and third floors of Greenwich Lane, a recently completed, 199-unit condo complex at 7 Seventh Avenue, as The Wall Street Journal first reported. The health care company plans to take over a community facility space that the developers were required to provide and set aside as medical space as part of a 2011 rezoning for the site between West 11th and West 12th Streets.

The facility will offer comprehensive primary specialty care services, including cardiology, gastroenterology, pulmonology and ear, nose and throat care, according to a press release from the landlords. It’s set to open in 2018.

The length of the lease and asking rent were not immediately available. Northwell Health was represented in-house by Candida Canizio in the deal, and Rudin’s Tom Keating and Kevin Daly represented the landlords in-house.

“Northwell will be a great addition to the building and neighborhood, and we are proud to help expand on the services they already provide to the community,” said Michael Rudin, a senior vice president at Rudin Management Company, in prepared remarks.

Greenwich Lane sits right across the street from Lenox Health Greenwich Village, Northwell’s standalone emergency center located inside the 150,000-square-foot O’Toole Building, which was part of St. Vincent’s Hospital until the institution shut its doors seven years ago. Global Holdings and the Rudins donated the O’Toole Building and $10 million to create a medical center there in 2011.