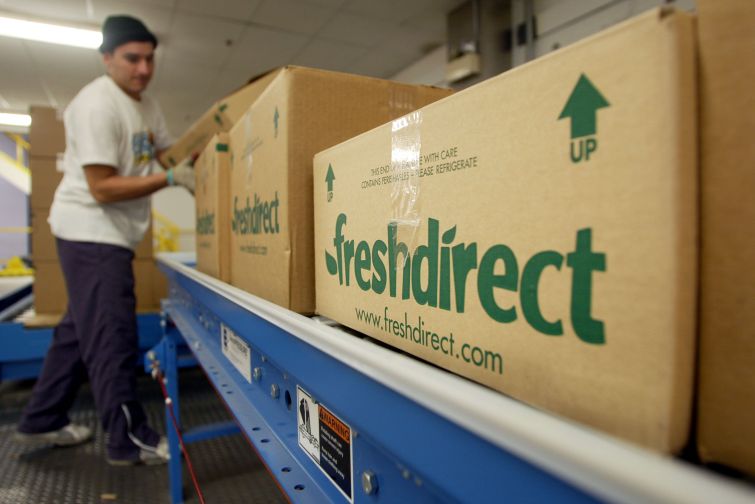 Sterling National Bank has provided a $50 million mortgage to FreshDirect for its corporate headquarters and distribution center at 2 St. Ann’s Avenue in the Bronx. The bridge loan acts as a short-term construction loan and will support completion of the new facility—expected to open later this year, sources familiar with the deal told Commercial Observer.

The debt marks the latest round of financing for the Port Morris property. As The Real Deal reported in April, the grocer received $85 million in EB-5 funding from the New York Regional Center in April, and $87 million in potential subsidies from the city in 2013.

As previously reported by CO, the 650,000-square-foot property was designed by Cybul, Cybul & Wilhelm and will serve as FreshDirect’s headquarters, after the online grocer outgrew its previous base in Long Island City.

“Sterling is pleased to continue its commitment to middle market financing in the greater New York City area,” Ricky Fischer, a senior managing director of Metro NYC Markets at Sterling National Bank, told CO. “FreshDirect is a premier name in the online grocery business and we are excited to work with them.”

The lender closed another Bronx construction deal in March, providing a $15.7 million credit facility to developer Walison Corporation for the development of West Farms Apartments, an affordable housing initiative in the Crotona Park East/East Morrisania section of the borough.