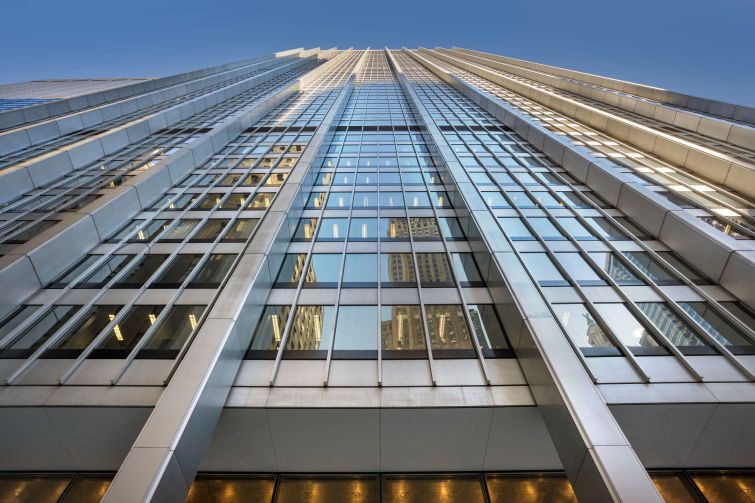 Fosun International is seeking $800 million in floating rate financing for the fee simple interest it owns at 28 Liberty Street, a source with knowledge of the request told Commercial Observer.

The sponsor is looking for a five- to seven-year term on a loan with 55 percent loan-to-value, according to an offering memorandum provided by the source.

Fosun has retained Tom Traynor and James Millon from CBRE to broker the transaction.

The asset, located in the Financial District of Manhattan between William and Nassau Streets, is a 60-story, 2.2-million-square-foot office property, formerly known as One Chase Manhattan Plaza.

Fosun acquired the building from J.P. Morgan for $725 million in an all-cash deal in December 2013, according to the memorandum. The Shanghai-based conglomerate currently holds $36 billion in real estate assets around the world.

It is currently 72 percent leased and there has been a buzz of leasing activity lately. Coworking company Serendipity Labs sealed a deal for 34,000 square feet at the property on June 30, as first reported by CO. Less than two weeks later, financial trading software company Broadway Technology inked a deal for 25,000 square feet on the 50th floor of the 60-story building, beginning in the fall of 2017. Other new tenants include New York State Attorney General’s Office and a new statement restaurant concept from the Union Square Hospitality Group, the memorandum reads.

The sponsor will retain a significant chunk of equity in the deal, the memorandum says, and the financing would leave a lender with a basis of $347 per square foot, which it claims is equivalent to the value of the land.

A CMBS bond investor who asked not to be named said that securitizing the loan would likely result in “the best execution,” for a deal of this size.

Traynor and Millon have been making waves in the market since they joined CBRE 10 months ago. “We’ve been able to sign up roughly $4 billion in mandates—deals that have just closed or are about to close,” Millon told CO earlier this month.