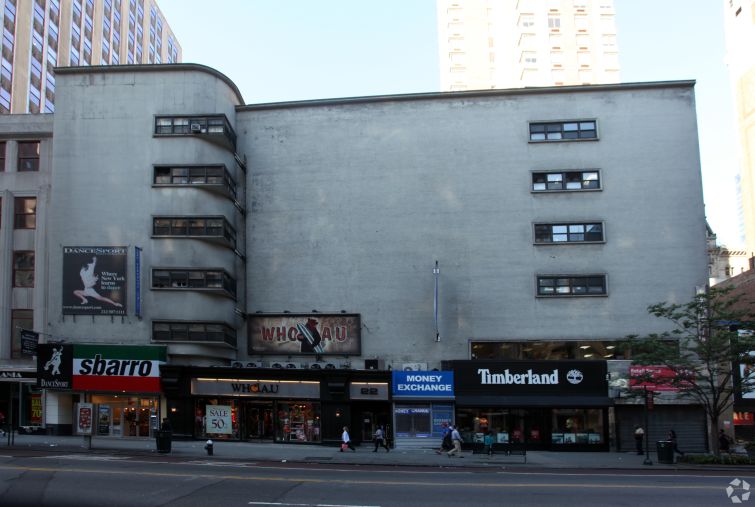 Teddy-bear-themed Build-A-Bear Workshop, which a year ago shuttered its final Manhattan location in the Empire State Building, is reentering the market with a new flagship on West 34th Street, Commercial Observer has learned.

Build-A-Bear has signed a 10-year lease for 2,545 square feet on the ground floor (and 370 square feet in the basement for storage) in Sol Goldman Investments’ 22-30 West 34th Street between Fifth Avenue and Avenue of the Americas, according to brokers on both sides of the deal. The building is adjacent to the Empire State Building, which has an address of 350 Fifth Avenue between East 33rd and East 34th Streets

“Now with Amazon [at 7 West 34th Street with its new headquarters and first distribution center], Target [at 112 West 34th Street] and Build-A-Bear, 34th Street is slowly picking up as prices become normalized,” said Newmark Knight Frank’s Jason Pruger, who along with Harrison Abramowitz represented the landlord. The sentiment is one that was similarly expressed by Build-A-Bear’s broker in the deal that closed last week, Adam Zeiberg with True Commercial Real Estate.

There is a lot of “new action on 34th Street between Fifth [Avenue and Avenue of the Americas],” Zeiberg said.

Build-A-Bear will occupy the entire space that pizza joint Sbarro had as well as 200 to 300 square feet of teen fashion brand WHO.A.U.’s space, Pruger noted. The asking rent for the retail space in the six-story, 81,000-square-foot building was $600 per square foot. The move-in is projected for the fourth quarter.

Missouri-based Build-A-Bear, with its bear-making stations, closed its 22,000-square-foot store at 565 Fifth Avenue in June 2015 and downsized in a move to 3,000 square feet in the Empire State Building, the New York Post reported at the time. Build-A-Bear got “kicked out” of the Empire State Building a year ago because property owner Empire State Realty Trust is renovating the lower level, Zeiberg said. (Spokespeople for ESRT didn’t reply to requests for comment.)

“They did well at Empire State Building,” Zeiberg said. “After a successful term they relocated to space adjacent.”

As of Dec. 31, 2016, there were 438 Build-A-Bear locations worldwide, 346 of which were company-owned and 92 franchised. Sixty-two percent of the retail locations are in the United States. Founded in 1997, Build-A-Bear has been implementing multi-year turnaround plan initiated in 2013. In its 2016 annual report, Build-A-Bear President and Chief Executive Officer Sharon Price John indicated that the year’s financial results “fell short of expectations” after three years of profitability.

“Build-A-Bear is a great tenant,” Pruger said. “They have a proven track record on the block, and [the landlord] loves the use in terms of the demographic that it brings to the building.”

Spokespeople for Build-A-Bear didn’t immediately respond to a request for comment.