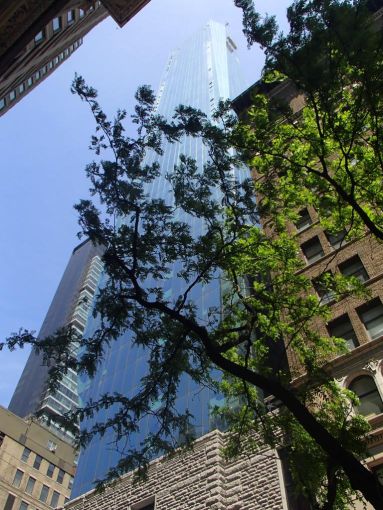 A slew of lenders, among them First Republic Bank, was contemplating providing the loan—which is backed by a borrower’s unsold real estate inventory—before sales at the 65-story building picked up in recent months. A representative for First Republic declined to comment, citing client confidentiality.

Now, Eichner, for whom the tower was the first post-recession project, will repay the entirety of the $340 million construction loan from Goldman Sachs for the project, which was originated in 2014.

The inventory loan would have taken out that previous financing, but is no longer necessary, said Rob Horowitz, a broker with Cooper-Horowitz who handled the Goldman loan. He said the property is about to a receive a temporary certificate of occupancy and has been completed within budget and ahead of schedule.

The 83-unit condo tower, at 45 East 22nd Street, saw steady activity after launching sales in 2015. However, by September of last year, deals had slowed to a trickle, according to a report at the time from The Real Deal. The building switched marketers at that point, trading Corcoran Sunshine for Douglas Elliman New Development, TRD said.

The Kohn Pedersen Fox Associates-designed tower was originally financed with the construction loan and an additional $80 million from the Fortress Investment Group and Dune Real Estate Partners, the use for which was not specified, according to the Times. It was not clear if the second loan would be repaid. A call to Eichner was not returned.

The priciest unit currently listed at Madison Square Park Tower is penthouse A, a five-bedroom, five-bathroom duplex asking $48 million, according to StreetEasy. The Wall Street Journal says the tower is over 75 percent sold as of last week.

Since May, at least $43.9 million in sales have closed at the building, according to StreetEasy. In addition, in February, a unit on the 62nd floor sold for $24.9 million and in March a full-floor unit for $19.9 million.

A source with knowledge of Eichner’s financing said he will repay the Goldman loan in cash and retain his equity in the project.

Eichner famously hit the skids during the financial crisis, losing properties such as Cityspire and the Cosmopolitan Hotel in Las Vegas, before a return to luxury development in 2014 with Madison Square Park Tower.

As such, the spike in sales at Madison Square Park Tower is a coup for the developer, who last year handed an East Harlem multifamily development site back over to the Durst Organization, which had purchased the debt on the land, after failing to get financing to build the more than 600 apartments he had planned there. This time, it seems Eichner’s gamble paid off.