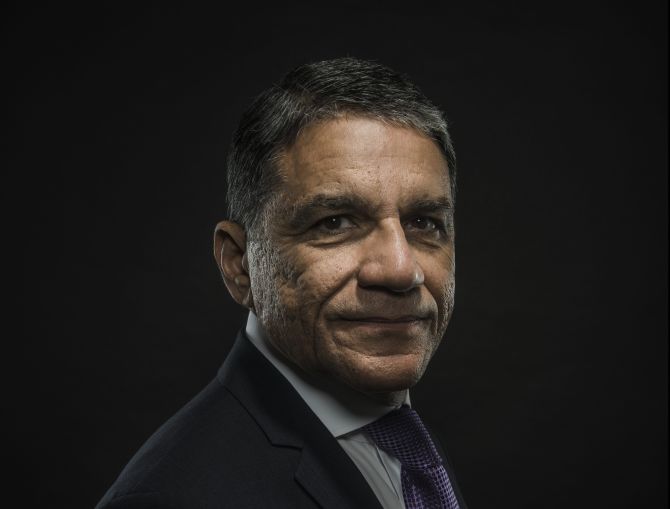 When the Moinian Group tapped Morgan Stanley and UBS alumnus Jonathan Chassin to lead its newly formed real estate lending platform, Moinian Capital Partners, in February, it was a testament to the Joseph Moinian-led firm’s ambitions to become the latest developer to expand its business into the realm of financing.

The developer-cum-lender trend has grown in prominence in recent years, spurred in part by an increasingly stingy construction financing environment that has seen some traditional lenders shy away from new developments—particularly in the luxury residential and hotel sectors, which are deemed risky. In turn, alternative, nonbank lenders have stepped up the plate to fill the void, often providing more flexible terms to help borrowers get their projects over the line.

While debt funds, mortgage-focused real estate investment trusts and life insurance companies have picked up much of the lending burden, privately run development firms have also entered the fray. The likes of RXR Realty, Mack Real Estate Group and Kushner Companies have each deployed hundreds of millions of dollars into select New York City real estate projects during the current market cycle—not only providing fellow developers with much-needed capital but also seeking their own returns as debt dealers.

“It’s kind of a natural progression,” Jeff Holzmann, the managing director of real estate crowdfunding platform iintoo USA, said of the trend. “[Developers] are sitting on a pile of money; they have the know-how, but they don’t necessarily have the right deal right now. But what if someone else does? In a way, it’s a lower-risk form of participation.”

For the Moinian Group, the thinking behind Moinian Capital Partners does not veer far from that rationale. The company is tapping into its 35 years of development experience and Chassin’s knowledge of the finance realm to pick and choose the projects it backs.

“The benefit to our platform is that we have very flexible capital,” Chassin told Commercial Observer last week. “Because we have the infrastructure of the Moinian Group to analyze deals, we can be flexible in terms and fast to respond.”

As Chassin noted, Moinian was no stranger to the lending business even before launching its financing arm, having done around $100 million in transactions in the recent years prior to his arrival. The firm has closed another $200 million in deals over four separate transactions with Chassin at the helm, with more deals in the works that would push it closer to his previously stated goal of $1 billion in total loan volume this year.

Thus far, Moinian Capital Partners has sought to focus its energies on “smaller, $50 million to $100 million development deals where we can quote the whole loan,” Chassin said—the sorts of projects that often have greater difficulty securing funds from more established debt lenders. “We can get a higher all-in pricing where some of the big funds aren’t chasing them,” he said. “The construction project is complicated for one reason or another, and other lenders can’t figure it out.”

The operation is also finding success in the market for mezzanine debt, where its flexibility as a nonbank means it can provide “additional terms that other lenders don’t,” Chassin said. “Where banks and traditional mezz funds are doing five-year deals as a rule, we can quote six- or seven-[year terms]. We can do bridge deals because we understand the basis and understand the market.”

Moinian’s largest financing deal to date—a $160 million loan on the planned residential conversion of a former nursing home at 123 Linden Boulevard in Brooklyn, near Prospect Park—is an example of how the developer has been able to take an unconventional approach in the transactions it chooses to back. In addition to providing developers Solomon Feder and Israel Neiman with the debt needed to fund the nearly 500-unit rental project, Moinian also used the opportunity to take a 50 percent equity stake in the development, valued at roughly $20 million.

Chassin said the company was attracted to the project’s status as one of the largest new developments in its area, as well as its quality as a “fully amenitized building” in line with Moinian’s own focus as a residential builder. He added that while such debt-plus-equity deals are “not necessarily the plan moving forward” for Moinian, the company won’t shy away from such a structure in the future “if we like the deal.”

The nature of the transaction at 123 Linden Boulevard is indicative of how developer-cum-lenders are able to engage in projects that are to their liking and at a lower risk profile than if they were to pursue such developments themselves. It is an attractive proposition in a commercial real estate market that some consider overheated and overpriced with valuations stuck near 2015-level highs.

“Developers are doubling as lenders because pricing expectations and valuations are not to their liking on the buy side,” Shimon Shkury, the president of Ariel Property Advisors, said. “Those that can source capital relatively inexpensively are the ones leveraging their platforms to lend. Traditional lenders are not lending as much, and there’s very little construction lending, creating this opportunity for operators-developers to step in.”

In launching its financing operation, Moinian was able to source the capital necessary in part through a $361 million bond offering on the Tel Aviv Stock Exchange in 2015—at the time, the largest ever debt issuance by an American developer in Israel and a bellwether for the Israeli bond market’s now-established appeal for U.S. real estate firms seeking to raise funds.

Not only was Moinian able to secure a significant amount of capital from Israeli investors via the offering, but it did so at low borrowing costs—a roughly 4.2 percent coupon on the bonds—that have become a hallmark of the Israeli debt market. In turn, the company has been able to deploy that capital to its own borrowers with greater flexibility and imbedded upside.

“The proceeds from that bond offering, because it was inexpensive, give us some of the flexibility we have to do lower-priced deals and give the nontraditional financing that we can give,” Chassin said. “It gives us an interesting, truly wide spectrum of deals that we can look at.”

But it has also brought about slight complications, as Moinian is a publicly traded entity in Israel—beholden to the whims and concerns of the market, as well as its own bondholders. Eyebrows were raised in late 2015, when it emerged that the company had provided developer David Marx with $65 million in financing for Marx’s new Marriott Courtyard hotel development at 461 West 34th Street near Hudson Yards.

The Marx loan—which has since grown to $90 million—alarmed some market observers, who were under the impression that Moinian would deploy the capital it raised in Israel solely for its own development activities. Chassin acknowledged that Moinian had to subsequently assuage Israeli investors’ concerns and explain that the firm’s fledgling lending operation represented, if anything, a safer and more risk-averse use of its bond proceeds.

“In a relatively new market, there’s going to be a learning process,” Chassin said. “I think there was, and maybe still is, a perception that lending somehow is riskier than owning equity. We did a significant amount of work to educate investors that it’s a significantly less risky proposition than owning equity [in projects].”

He added, “From a risk perspective, Israeli bondholders should feel comfortable that if there’s any issue or a sponsor that fails on a deal, we can take over and operate [a property]. From the bondholders’ perspective, it’s absolutely a less risky proposition.” (Chassin was keen to note that Moinian is “not a loan-to-own shop” in terms of its lending practices: “We want to see that project succeed.”)

According to one Tel Aviv market source, the launch of Moinian Capital Partners was perceived as a key factor behind Israeli rating agency Midroog’s decision earlier this year to downgrade the Moinian entity trading on the Tel Aviv Stock Exchange, from Aa3 to A1 (equivalent to a downgrading from AA- to A+).

But both Chassin and other Israeli market sources with knowledge of the matter stringently denied that rationale—instead attributing the downgrade to the landlord’s ongoing retail vacancy at 535-545 Fifth Avenue in Midtown, where the National Basketball Association’s flagship retail store occupies roughly 25,000 square feet, but where Moinian has around 60,000 square feet of space lingering on the market.

“The real issue from the rating agencies was the single leasing at one asset, which took longer to get some tenants out and has taken longer [to lease],” Chassin said of the downgrade. As Israeli bonds are underwritten by the cash flow expected on the underlying real estate assets backing the bonds, Chassin said Midroog’s downgrading of Moinian was “understandable.”

Chassin and other Israeli market observers pointed to the performance of Moinian’s bonds on the Tel Aviv Stock Exchange—which are trading at a premium and at interest rates in the low- to mid-3 percent range, below their initial coupon—as evidence that the market is comfortable with the developer’s newfound exposure to the real estate lending market.

In fact, Chassin said, Moinian is presently “considering doing an additional raise” through yet another series of bonds issued on the Israeli market, which would further grow Moinian Capital Partners’ capabilities and cement the Moinian Group’s presence as one of the largest U.S.-based firms publicly traded in Tel Aviv.

He added that, contrary to apprehension about the realm of commercial real estate financing, “Now you’re seeing significantly more activity from a lot of these [Israeli institutional] investors trying to lend directly in the U.S.”—a sentiment echoed by Israeli market sources.

“The Tel Aviv market is so hungry to participate in real estate investments overseas,” said Holzmann, describing it as yet another facet of how alternative lending capital is increasingly driving the real estate market.

Holzmann also noted that Moinian’s decision to allocate the capital it raised in Israel to its own lending operation is simply a matter of financial sense. “If you raise a lot of money and are unable to deploy it, it diminishes your return on capital,” he said. “You’re talking about a developer that has raised money from institutional investors, and they’re sitting on a pile of cash.”

“The bottom line for me is, we’ve crossed the chasm here,” Holzmann added. “Real estate to real estate lending is going to grow, because the economics make sense for everybody.”