What Does the Investment Sales Slump Mean for Lenders? 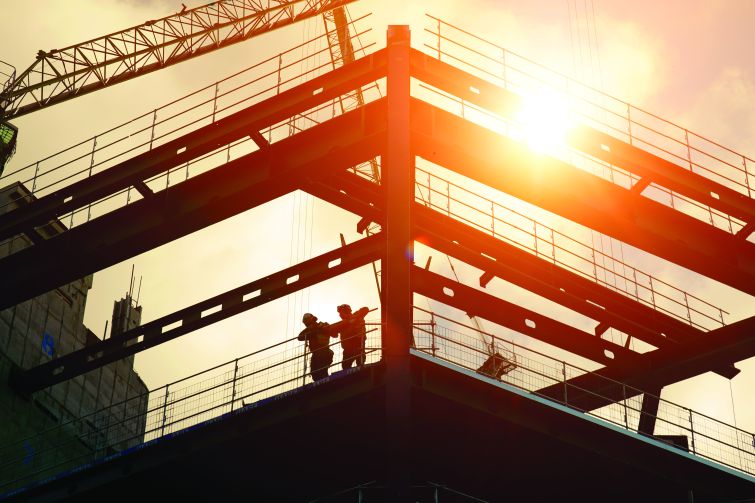 If the sales market of recent years has felt like a nonstop party, the cranky neighbors downstairs just called the cops. The lights are back on and the volume is down. A lot.

In the first quarter of 2017, U.S. investment sales volume decreased 26 percent year-over-year, according to numbers from brokerage Cushman & Wakefield.

The decline was even more precipitous in the New York metro area, where investment sales fell 42 percent.

The cause? Take your pick: overbuilding concerns, a looming interest rate hike, rents that appear in some markets to have reached the outer limits of sustainability.

“ ‘Cyclical-plus’ is what I would call it,” said David Schechtman, a senior executive managing director at Meridian Capital Group, suggesting that, while specific events have “definitely fueled the fire,” the plummet is largely just part of the real estate market’s eternal ebb and flow.

Robert Knakal, the chairman for New York investment sales at Cushman & Wakefield, agreed. “You typically see big drops in volume when values start to get challenged, because the discretionary sellers, which make up the overwhelming majority of sellers in any market, don’t choose to sell today for less than they could have gotten yesterday,” he said. “It happens in every cycle.”

Be that as it may, for lenders, the drop in sales could prove inconvenient. Roughly speaking, fewer deals means fewer loans means less money made. And that equation suggests banks may begin looking for ways to fill the hole left by the slumping investment sales business.

Where, exactly, might they turn? One obvious answer is refinancing.

“In any year, probably about one-third of bank lending on real estate is on acquisitions and about two-thirds is on refinancing,” Knakal said. “And that refinancing market will remain.”

In fact, given the number of 10-year loans made during the boom years of 2006 and 2007, many of them in CMBS, 2017 is a particular busy year for the refinancing business.

“We’ve had more mortgages come due than any time ever,” said Marc Warren, a principal at Ackman-Ziff. “Those need to get refinanced, and so that keeps people busy.”

Even with talk of rising interest rates, money is still cheap by historical measures, Schechtman noted. And that, he suggested, will also keep the refinancing market strong.

Knakal said that the declining performance of properties underlying some of these loans could make lenders less eager to refinance, however.

“I think generally there’s downward pressure on rents in all three major food groups—residential, retail and office,” he said. “Lenders have to look at how the building is performing and how it was performing when they made their initial loan, or when someone else made an initial loan, and figure out if they’re willing to give the same, or less proceeds.”

Given the overall timing of conditions, though, he said he expected most properties currently in need of refinancing to be reasonably well positioned to get it.

“If you look at the five-year loans that are expiring now, they were made in 2012 or 2013, and the property probably saw a significant increase in its performance from 2012 to 2015,” Knakal said. “Maybe if you got your financing in, say, 2015, you might not be able to get the same proceeds today, but in that case you probably still have another three years left on your loan. So I don’t think there will necessarily be a refinance problem.”

On the other hand, the 10-year loans coming due today were issued at the peak of a laxly underwritten market, which has prompted some concerns about their prospects for refinancing, but recent months have provided some cause for optimism. According to a report from Trepp, of the $9 billion in commercial mortgage-backed securities debt that matured in April, more than 95 percent was paid off, which, the report notes, marked “the lowest monthly loss total for maturing debt in the past year.”

Another way banks might try to keep deal volume up is by moving into construction loans.

“There’s probably the least amount of debt available today in construction and development,” Knakal said. “There are a few banks that are active, but that’s a void they could fill in.

Although, he added, “that’s also the area with the highest risk. Some banks, regardless of how difficult it is to put out money, they’re just not going to get into that end of the business.”

“It’s bank specific,” Schechtman said, adding, however, that he has seen bank lending for construction loosen somewhat. “If it’s a development play, you’re going to have to roll up your sleeves and find the right lender. But [in the past] if you were to say, ‘I have a development play,’ the answer would very often be ‘there are just no banks for you.’ Today it’s just a question of how hard do you have to look and what rates do you have to accept.”

Construction “transactions are harder than others, but they still get done,” agreed Warren.

According to a March 2017 report from Kroll Bond Rating Agency, construction and development lending was already a hot area for banks even before the recent fall off in investment sales. Construction and development lending by U.S. banks rose 13 percent in 2015 and 14 percent in 2016, even as banks pulled back from lending in areas including residential mortgages, autos, and commercial and industrial.

The report predicts that C&D lending would continue to grow in the first quarter of 2017, “based on the large and growing level of unfunded commitments at year-end 2016.” It adds that, “given considerable pricing pressures in most loan categories, it is always tempting for bankers to increase C&D lending—a comparatively higher margin, but higher risk loan product.”

Banks’ construction exposure is still relatively low, with these loans representing 3.4 percent of their total origination at the end of 2016. That is well below the peak of 8.4 percent that banks hit at the end of 2007. This might suggest that banks still have room to expand in this area, though the High Volatility Commercial Real Estate (HVCRE) regulations that went into place in 2015 as part of the new Basel III rules could act as a countervailing force.

With certain exceptions, the regulations force banks to classify their C&D loans as HVCRE loans, which requires them to keep more capital in reserve than they would have to for a standard loan.

Beyond refinancing and C&D lending, there are various other opportunities for banks to get money out of the door amidst the sales slump, Warren said.

Transactions like partner buyouts and equity recapitalizations don’t appear as sales but can still require financing, he noted. “Sales are down, and everyone’s investment sales business is down for sure, but the [need for] financing has not necessarily dropped off.”

Schechtman said he expected to see banks tweak their products to try to fill the gap left by the fall in sales.

“For instance, banks who have historically offered a fixed-rate product for an [lengthy] amount of time may now offer a higher interest rate product for a shorter duration of time. More of a bridge or transitional loan,” he said. “That’s an area in which we’ve seen [demand among] a lot of owners and developers actually increase. I think you’ll see conventional banks do that to the extent that they can do it within regulations.”

There’s also an argument to be made that the drop in investment sales isn’t such an issue for lenders, anyway.

Operating as they are in the stricter Dodd-Frank regulatory environment, banks have slowed their output and wouldn’t have been able to handle the sales deal volume of recent years, said Ira Zlotowitz, the president of Eastern Union Funding. The decline is almost fortuitous, he suggested, because it brings volume closer to what banks can actually manage now.

“It’s happened to work out well for the banks,” he said. “Regulators are stricter with the banks with underwriting and so on, and so they couldn’t do the same volume.”

Schechtman agreed, noting that “increased regulation has precluded [banks] from lending at the same pace” as before.

That said, “banks are no different from all other real estate professionals,” he added. “Banks are transaction based. They want higher volume. They want to be gangbusters all the time.”

He noted, though, that it’s helpful to remember that the recent decline is relative to the go-go market of the last several years.

“There are fewer sales signing and closing than there were a year ago, or certainly 24 months ago,” he said. “But there’s an analogy that I use: When you’re traveling at 80 miles an hour for five or six years in a row, and all of the sudden you come into a 50-mile-an- hour zone, you feel like you’ve slowed down precipitously. But the truth is, you’re still moving along at a wonderful clip. That’s kind of where we are. Deals are still happening. If you ask me if I would take today’s volume over other years in my career, absolutely.”