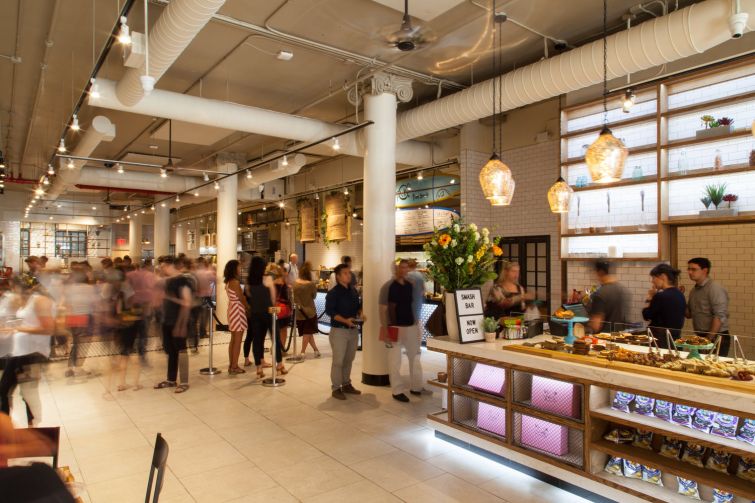 Union Square restaurant and food hall Union Fare will be opening a second outpost in Manhattan, this time in Chelsea.

Will Kim’s Union Fare has signed a 10-year lease for 21,000 square feet on the ground floor of Avalon West Chelsea, a rental building at 282 11th Avenue between West 28th and West 29th Streets.

At Union Fare 28, Kim will “develop a unique multi-concept program that offers a mix of food and beverage, along with a lounge, a bakery and a gallery,” according to a press release from Newmark Knight Frank provided exclusively to Commercial Observer. The space will also be home to Union Fare Grill, a new American restaurant, according to Metro, which first reported news of the new market and eatery.

NKF Retail’s Ross Kaplan represented the tenant and the landlord, AvalonBay Communities, in the transaction, where the asking rent was $75 per square foot.

“In the last four years, 27 residential projects have come on the market in West Chelsea, while the amenities haven’t fully arrived yet,” Kaplan said in prepared remarks. “Not only will Union Fare be great for the residents of the fully occupied 710-unit Avalon West Chelsea apartment building, but it will add to the neighborhood’s new vibrancy.”

The new location will be modeled after Union Fare’s Union Square location, featuring dozens of food and beverage options in a gastrohall setting.

“Union Fare will give vendors an opportunity to reach the community with their specialty eats, goods and services,” Matt Kaushal, the manager of retail real estate at AvalonBay, said in a statement.