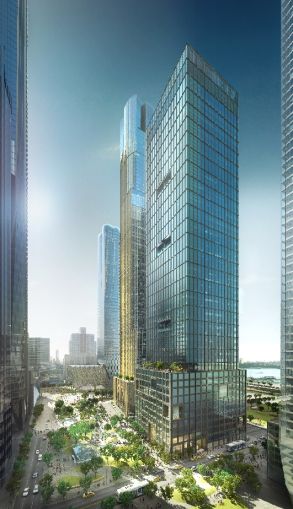 Silver Lake, a private equity firm, has inked a 56,000-square-foot lease at 55 Hudson Yards, a 1.3-million-square-foot office tower under construction on the Far West Side.

The company will relocate to the Mitsui Fudosan, Related Companies and Oxford Property Group building in the fourth quarter of 2018 from its current location at 9 West 57th Street between Fifth Avenue and Avenue of the Americas, according to The New York Post.

The terms of the deal were not clear. The company will take the entire 40th and 41st floors of the 51-story structure, which is part of the Hudson Yards mega-project at 11th Avenue and West 34th Street.

Spokeswomen for Related and Silver Lake did not respond to a request for comment, nor did a spokesman for Mitsui Fudosan.

Silver Lake, which has more than $39 billion under management, focuses on technology investing. It has three offices in California, and one each in London, Tokyo and Hong Kong. Stephen Winter of Related and Emily Jones of CBRE represented the landlord and John Cannon and Howard Rosen of Lee & Associates brokered the deal for Silver Lake.

The planned tower at 55 Hudson Yards, which is set to open next year, has leases signed for about 60 percent of the structure, the Post reported.