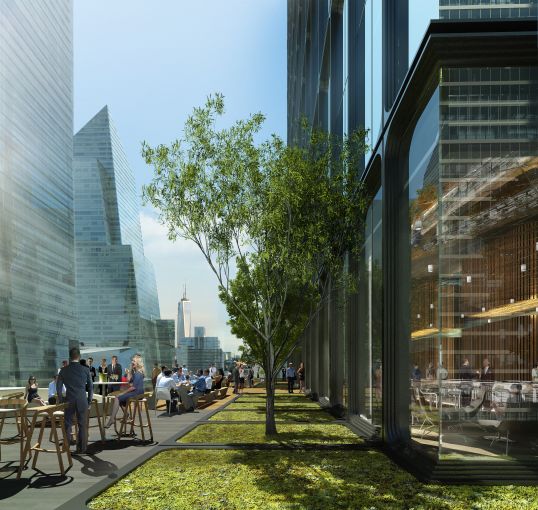 The firm has signed a letter of intent for 175,000 square feet on six floors in the planned 51-story 55 Hudson Yards, which is being built by a partnership of Related, Mitsui Fudosan and Oxford Properties Group. Point72 is hoping to finalize the terms of the lease by the end of the year for the entire fifth, seventh, eighth, and 10th through 12th floors. The asking rent and length of the lease at the property at the corner of West 33rd Street and 11th Avenue were not disclosed.

The 1,000-employee asset management company, which is based in Connecticut, will be relocating its two New York City offices from 510 Madison Avenue between East 52nd and East 53rd Streets and 330 Madison Avenue East 42nd and East 43rd Streets. The offices were one mile apart and the firm wanted not only to bring the offices together, but desired modern space as well. The new office will be 20 percent bigger than its current digs, according an internal Point72 memo, which also cites that the firm expects to add more employees.

“With large, open, collaborative space, similar to our Stamford trading floor, we can foster better interaction among teams and create the kind of environment that employees and candidates would expect from the industry’s premier asset management firm,” Douglas Haynes, the president of Point72, said in a prepared statement. “The modern, progressive space with premier retail, cultural events and urban green spaces will help us to continue to attract and keep the top talent that is our most valuable asset.”

Point72’s space will have panoramic views of the Hudson River and Hudson Park, a private outdoor terrace on the 10th floor. The Kohn Pedersen Fox-designed tower is expected to open in 2018 and Point72 is hoping to move in that same year.

“We are proud to welcome Point72 to Hudson Yards,” Jay Cross, who heads development for Related at Hudson Yards, said in the release. “Their new park-front headquarters will be steps away from a diverse collection of shopping, dining, fitness and cultural amenities with direct access to the best transportation system on the New York region.”