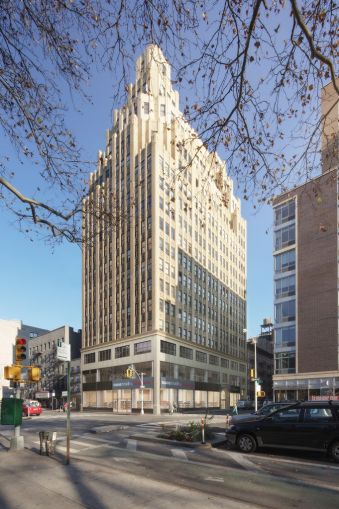 The international architecture firm, known for its designs of the World Financial Center (now Brookfield Place) and Malaysia’s Petronas Towers, has signed an 11,100-square-foot renewal lease, according to a spokeswoman for the landlord. The company will continue to operate on the entire 11th floor of the 21-story building. The asking rent in the 10-year deal was $55 per square foot.

Allen Gurevich of Newmark Holdings represented the landlord in-house in the transaction, while Michael McKenna of Cresa New York brokered the deal for Pelli Clarke Pelli, which has its main offices in New Haven, Conn. The company also has outposts in San Francisco, Tokyo, Shanghai and Abu Dhabi. McKenna didn’t reply to a request for comment.

In a separate deal at the building, the Young Women’s Leadership Network has signed an early renewal and expansion for 10 years. It had 7,000 square feet on part of the 14th floor. Now it will relocate to the entire 11,100-square-foot fourth floor. The asking rent was also $55 per square foot.

The nonprofit founded in 1996 by Ann and Andrew Tisch, the co-chairman of Loews Corporation, operates five all-girls public schools in New York City called The Young Women’s Leadership Schools with a total of more than 2,400 students. It also has nearly 8,000 students through 14 national affiliates outside the city. The organization also operates the CollegeBound Initiative program, which helps low-income students go to college.

“It’s not surprising to see this kind of commitment at 322 Eighth Avenue, which is indicative of the ownership’s continued investment in the asset,” Gurevich said in a prepared statement. “The Eighth Avenue corridor has become incredibly popular, with new developments, hotels and luxury residential buildings cropping up almost weekly, which has fueled interest in the area and the property.”

A spokeswoman for CBRE did not immediately return a request for comment.

Newmark Holdings recently completed a $4 million renovation of the 175,000-square-foot property at 322 Eighth Avenue. The remodeling included  a redesign of the façade of the first two stories with an all glass storefront and the addition of a canopy at the main entrance. The landlord purchased the building in November 1988 for $21 million.