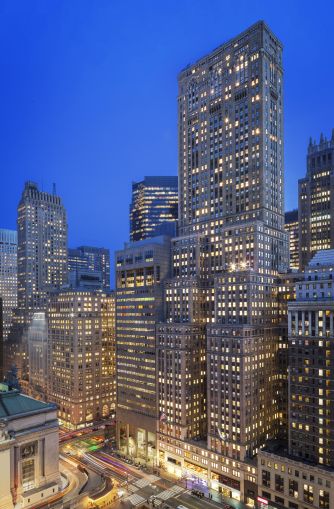 iCapital Network, a financial technology platform, isn’t moving far when it relocates within the Grand Central Terminal area—but it is gaining access to a large outdoor space.

And it is that private 7,200-square-foot outdoor terrace that in large part has prompted the company to move to One Grand Central Place, also known as 60 East 42nd Street between Park and Madison Avenues, Commercial Observer has learned. Its currently based at 441 Lexington Avenue at East 44th Street.

iCapital has signed a lease for the entire 17,500-square-foot 26th floor in Empire State Realty Trust’s building. It is space previously occupied by ESRT, which moved last August to 111 West 33rd Street, as CO previously reported.

The asking rent was $69 per square foot, a spokeswoman for the landlord indicated, declining to provide the length of lease. iCapital, which announced last December that BlackRock would lead its next funding round, is slated to move in this fall.

As CO reported at the end of last year, Haver Analytics signed an early renewal and expansion of its lease at One Grand Central Place, growing to a total of 19,073 square feet in a 10-year deal. Other tenants in the 55-story, 1.3-million-square-foot building are the U.S. real estate arm of German insurance company Allianz, 3i Debt Management, membership-based network Gerson Lehrman Group (GLG), investment firm Pine Brook Partners and private grant foundation Robertson Foundation.