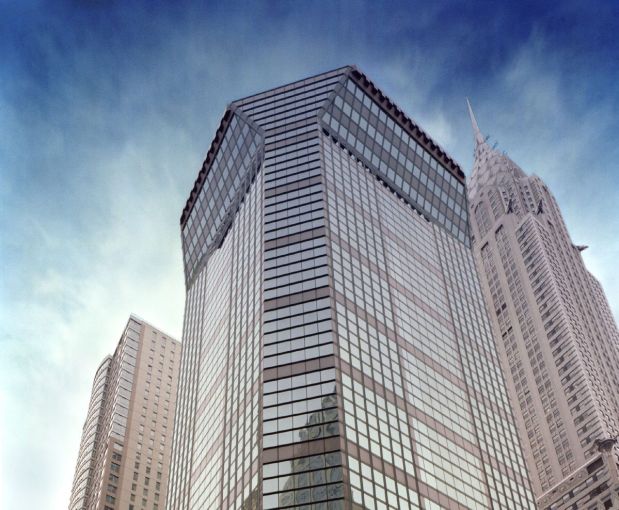 The law firm—which was founded in 2012 and specializes in commercial litigation—will double its existing, roughly 30,000 square feet of space at 750 Seventh Avenue when it relocates at the end of the year, according to a press release from Savills Studley.

According to the Savills Studley release, the brokerage sought to “take advantage of the tremendous amount of consolidation occurring within the law firm community” in identifying space for Holwell Shuster. The law firm was subsequently able to secure the sublease at 425 Lexington Avenue at “a favorable rent with a substantial concession package.”

“While the majority of the legal industry is downsizing, [Holwell Shuster] stands as a rare example of growth,” Lemle said in a statement. “Many law firms are consolidating their real estate footprints to smaller, more efficient layouts in an effort to reduce costs, and this particular consolidation presented an incredible opportunity.”

The J.P Morgan Asset Management-owned 425 Lexington Avenue is 100 percent leased to Simpson Thacher and the Canadian Imperial Bank of Commerce—both of which originally signed on at at the 30-year-old building upon its completion in 1987.

The space taken by Holwell Shuster constituted the only availability at the office tower since it was built, according to the Savills Studley release. After subleasing the space to the law firm, Simpson Thacher will still occupy roughly 490,000 square feet at the property, the Post reported.