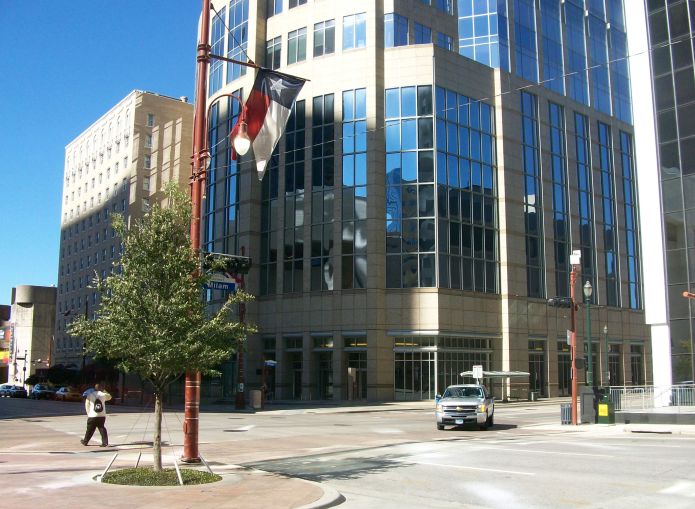 Hines and partner Prime Asset Management refinanced their Houston building once called the Calpine Center with $163 million from Goldman Sachs, sources with knowledge of the deal told Commercial Observer.

The 696,000-square-foot Class A office building, located at 717 Texas Avenue, was the first building in Houston to receive the LEED Platinum environmental certification.

Calpine originally signed on for 250,000 square feet of space in the tower, plus naming rights, according to a report from the Houston Chronicle. In 2005, after their presence in the building was decreased when Calpine sold off a major portion of its business, the offices were re-named 717 Texas Avenue, the report said.

Designed by architect HOK, in what is sometimes described as a “postmodern” style, the 33-story tower was completed in 2003.

Hines declined to comment on the refinancing. A representative for Goldman Sachs did not immediately respond to a request for comment.