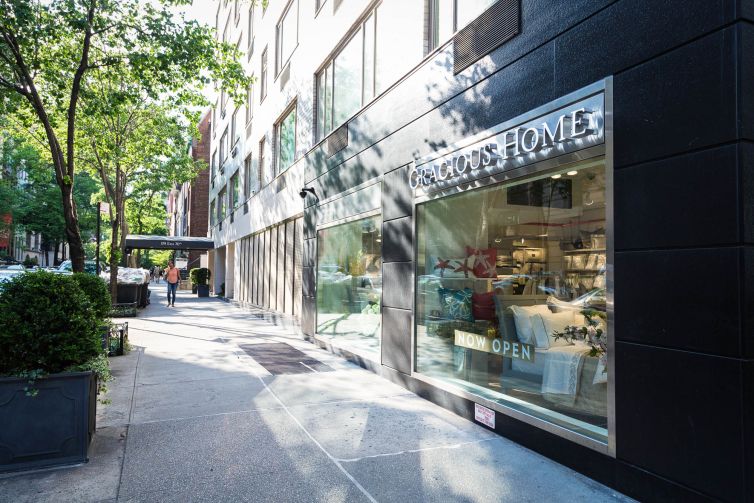 Manhattan luxury home retailer Gracious Home, which entered Chapter 11 at the end of last year for the second time in a six-year period, has found someone to bring it back to life.

Tom Sullivan, the founder and former chairman of Lumber Liquidators, a specialty retailer of hardwood flooring, has been approved by the United States Bankruptcy Court of the Southern District of New York to buy the company. The $4 million deal is being finalized as of late-afternoon today, Gracious Home Chief Executive Officer Rob Morrison told Commercial Observer.

Sullivan, also the founder of furniture retail store chain Cabinets to Go and clean energy business Proton OnSite, worked with Morrison at Lumber Liquidators, when they built the brand and took it public. “That’s why he’s here,” Morrison said.

“Morrison and Sullivan plan to now deploy a ‘Warby Parker’ strategy—to open a handful of retail stores in very select markets across the U.S., but meaningfully drive sales via the web,” a company spokeswoman sent in an email.

As CO previously reported, at the end of January Gracious Home obtained $3 million of debtor-in-possession financing from JMB Capital Partners, and sought someone to buy it out of bankruptcy. The JMB financing comes due today meaning the sale has to close today, Morrison explained. According to court documents, because Gracious Home accepted Sullivan’s bid, which was the only one submitted, the company no longer had to consider an auction.

The company had four Manhattan stores, which it shuttered, and the staff worked to reduce inventory in preparation for a reopening of a new scaled-down store at one of the locations. In May, Gracious Home opened the doors to a 3,000-square-foot store (plus 1,800 square feet below grade for offices) at 1210 Third Avenue at the corner of East 70th Street, a fraction of the 55,000 square feet it leased at the location, Morrison told CO at the time. And the company relaunched its website.

The website has been very solid, “well above our expectations,” Morrison said.

Update: This story has been edited to include the investment sum and comments from Rob Morrison.